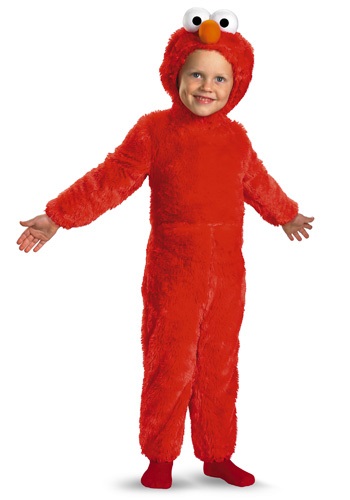 Is it just us of does Sesame Street seem like a pretty amazing place? We wouldn’t be mad if our neighborhood was a lot like this spot. Of course, we’d be a little alarmed if when we went to bring out our trash and there was a green little man in our garbage can but I’m sure we’d get used to it. At least we’d live in a neighborhood with character!

There are a lot of things to look forward to when moving to Sesame Street. For one, you already know your neighbors. There’s Cookie Monster, you could spend some quality time on his stoop, smelling the chocolate wafting through the autumn air. There’s Sherlock Hemlock who can always be depended on to solve any neighborhood mysteries. And of course, you can look forward to the rock concerts the Animal is always holding. They tend to get pretty out of control but they are always a good time.

Who’s the best neighbor to have on Sesame street though? That’s an easy question for most people. It’s Elmo! He’s the most popular puppet around. He’s done talk show circuits, cooking shows, he’s even been on the West Wing. And guess what? He’s only supposed to be three-and-a half years old! That’s a pretty impressive career for a baby monster!

Now, your kiddo can become the falsetto legend with this red furry costume. There’s no guaranteeing a spot on the West Wing, especially since it’s off air, but we can guarantee adorability! It’s easy to transform! The furry body is in one piece with a jumpsuit that secures up the back. Put on the hood with big googly eyes and an orange nose and your child is ready for their Sesame Street debut. Hey, now the whole world is Elmo’s world!