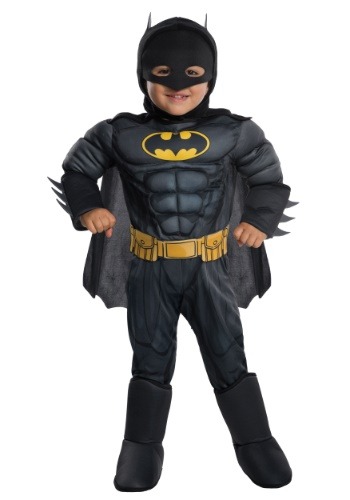 Obviously, the typical story of Batman’s origin involves some pretty gritty events.  Not much gets to be particularly happy for the guy, though people do not often think about the parents that have to deal with all the backlash of such a tale.  After all, it is one thing to have a tragic backstory.  It’s quite another to be written out of the story entirely!

Fortunately, we live in a world where superhero origins are rewritten and told different ways constantly.  In fact, every time a new incarnation of a story is about to be told, they seem to have to retell the origin in exhausting detail, just in case someone hasn’t already heard it a dozen or more times.  We give plenty of flexibility, though, when someone has a new version to be told.  So, when it was suggested that a toddler taking up the mantle of the Dark Knight and defender of Gotham, well, we had to see what would come of that!

Turns out that Batman turns out to be a pretty cute character when we start off as a Batkiddo.  The fact that we’ve got parents sticking around to help figure out all the nuances of puzzle solving and crime fighting is a great boon to everyone, too.  And, obviously, Aflred enjoys the little bit of time off that comes from you being around.  Enjoy the life of naming Batman as your ward when you dress up your kiddo in this officially licensed Toddler Deluxe Batman Costume.  The jumpsuit fits comfortably and the soft sculpted fiberfill chest will make it clear that your little one has already gotten in some serious training time!  Now if we could just figure out the Bat Changer, yet another step would be made simple!