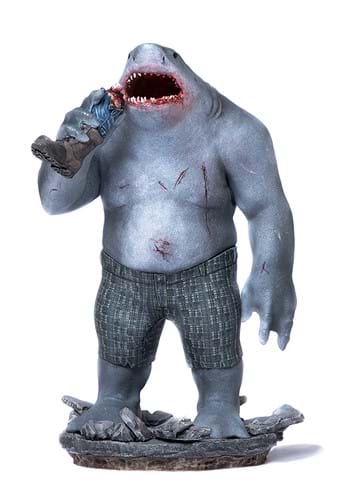 Being one of the most ancient creatures on the planet, types of which have been around since before there were even trees on Earth, you can imagine that King Shark has a lot to live up to. We think he handles that pressure pretty well! He seems fairly chill in general, unless you think about all the people he eats… That’s not going to make the Shark Week folks very happy!

Having yourself made into a tiny statue is probably one of the most narcissistic things you can do, but the case of this The Suicide Squad King Shark BDS 1/10 Art Scale Statue, it is well earned! Not only is he the coolest character around, but he also has the charisma and style to look great on any shelf, office desk, or mantle in your home. There are just 9/10s to go until you have the whole character!