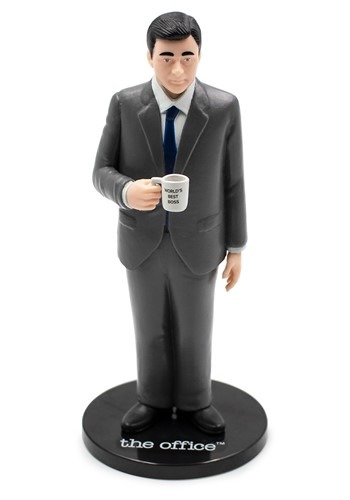 For Michael Scott, it's a crime that Threat Level Midnight hasn't garnered any critical acclaim. But, even he would agree that winning this The Office Michael Scott Vinyl Figure for being the world's best... whatever... would be even better! Modeled after the Dunder Mifflin manager with his favorite coffee mug, this officially licensed The Office collectible makes an incredible gift for any fan you want to thank for being the best!