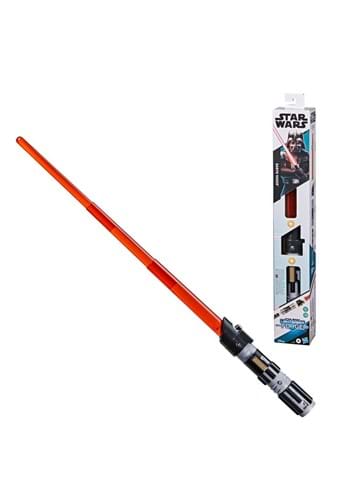 Ah, the sound of a red lightsaber. We all know it well. When we hear this buzz of this ancient Sith weapon, we know there will be some action! In Darth Vader's case, we know he will be kicking Rebels and taking names. Since his appearance on the big screen, Darth Vader has been noted as one of the most menacing villains of all time. He also had the most prominent redemption arch of any bad guy. Darth Vader, or at the time, Anakin Skywalker, was noted to be one of the best lightsaber duelers in Jedi or Sith history. This officially licensed red lightsaber not only looks the part but makes movie-realistic light and sound effects! For Jedi masters, you can even interchange your lightsaber parts for other sabers in the Lightsaber Forge series. If you have a youngling eager to learn the ways of the dark side, they will flip for our Star Wars Light Saber Forge Series Darth Vader Lightsaber!