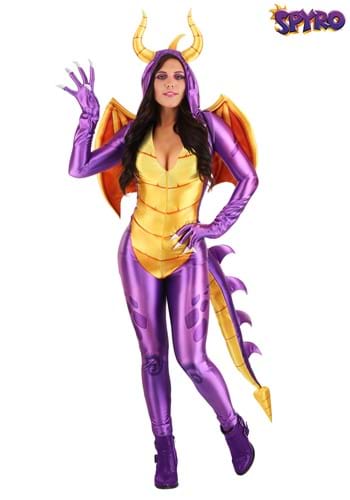 When you're running around the Dragon Homeworld, you're going to see a whole bunch of shiny gems of every color. Those red ones are everywhere. Bonk a baddie and you're sure to get a shimmering ruby! Then again, those are just the pennies of the dragon world! Who has time to carry around all those little things? Even the blue sparklies are barely worth your attention. No... if you want to be the richest dragon in the worlds, it's all about those purples!

And, it isn't any wonder. All the other dragons are constantly getting caught up in the curses flung by the latest big bad. But, not Spyro! We're talking about a dragon that knows exactly where to stand to avoid those bolts from above. Is it because Spyro sports a bright purple color? Well, the jury is still out on that one. All we know for sure is that the rarity of those purple gems and the fact that our purple hero is unique in the world is worth noting!

Channel your inner purple power when you transform into the super dragon, Spyro, with our Spyro the Dragon costume for women. This officially licensed jumpsuit is a Made By Us design that features the shiniest in purple fabric! If that isn't enough, the brilliant golden belly, wings, and horned hood will have you feeling like you've flown right into a portal to the Dragon Homeworld of the iconic Spyro video game series! You'll practically be wagging the stuffed and spiny tail!

When you're dressed up in this officially licensed Spyro the Dragon Jumpsuit, you'll feel like you've unearthed an epic treasure chest. From the shiny purple suit to the gleaming gold accents, Ripto and the rest will be running for the road!