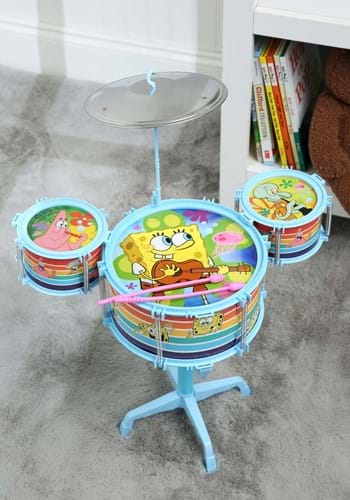 Put on a Show

Remember when SpongeBob and all his pals put on a show for that entire stadium in a marching band-esque extravaganza? SpongeBob laid down the vocals that time, but we all know he's a multi-talented sea creature. So we asked him to endorse this drum set!

This Spongebob Drum Music Set is for anyone 2 years old or older, and best of all, it's officially licensed, so it really is like an endorsement from Bikini Bottom's notorious sponge after all! With this, a singer and maybe one more instrument you can put a band together with your friends!