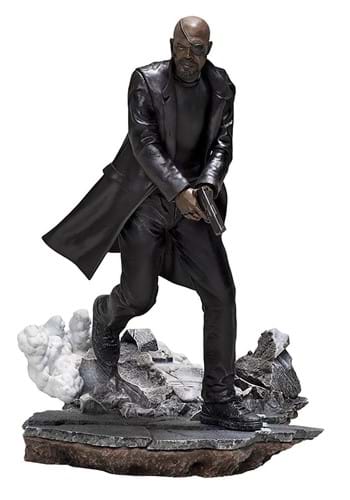 We don't know what to believe anymore. Nick seemed a little "off" during Spider-Man: Far From Home... but we never expected the bombshell at the end of the movie. Sure, he's not just a spy, but THE spy, so we really should have seen it coming, but Skrull agents? It's made us question everything in the Marvel Cinematic Universe. Is there anyone else who has a Skrull impersonator? Is Korg a secret agent? (Marvel, if you're reading this we'd love to know who's secretly a Skrull and who isn't.)

This high-quality collectible comes officially licensed from the Marvel-Sony movie. He comes with astounding details and a rubble landscape base. He comes in a ready-for-action kind of pose and will look great next to the rest of your Marvel Cinematic Universe collectibles!