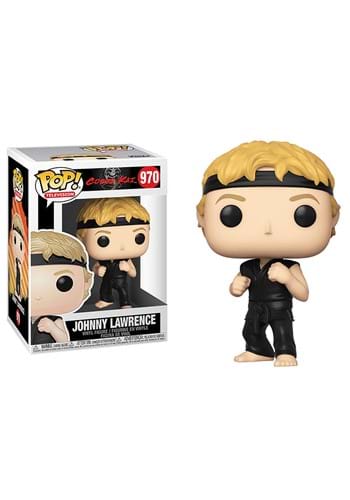 Older, Wiser, Less of a Jerk

Remember Johnny Lawrence from the original Karate Kid movie? Well, he has come a long way from then. He used to be kind of a bully, picking fights with Danny LeRusso for no reason. Well, after a few decades of living life, he's trying to give back to the community by teaching his style of karate. He's trying to restore honor to the name Cobra Kai, while teaching a few down and out kids a thing or two about life. This Pop Cobra Kai Johnny Lawrence Vinyl Figure brings you a collectible based on the antagonist turned anti-hero. He's ready to help you face against your own struggles in life... the Cobra Kai way!

This officially licensed Pop Vinyl stands almost 4" tall and is sculpted to look like the adult Johnny Lawrence from the Cobra Kai series. He's wearing his classic black gi and he's posed in a fighting stance. He's a must-have figure for anyone who's a fan of the original movie or anyone who's ever randomly uttered the words "Sweep the leg!" at inappropriate moments in life. Be sure to pair him up with our Danny LeRusso Pop Vinyl Figure to have the rivals face off in another duel!