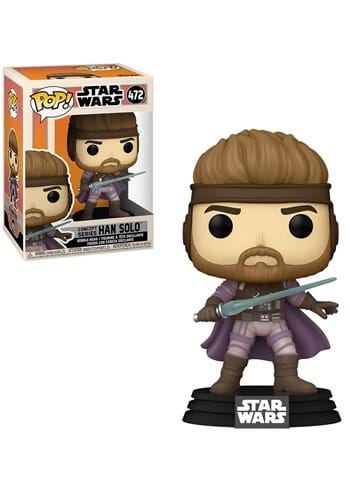 What Could Have Been

Early sketches of Han Solo were MUCH different. The smuggler sported a beard and had a lightsaber of his own. In fact, Lucas considered giving just about everyone and their grandma a lightsaber in original concepts for Star Wars. Of course, we got Han Solo as the smooth-talking, blaster-shooting, beardless rogue that we know him as today... but it's always fun to think about what might have been! This Funko Pop! Star Wars Concept Series Han Solo Figure brings you Han Solo from the Ralph Quarrie concept images. He's officially licensed, made out of vinyl, and is totally ready to sneak into your collection!