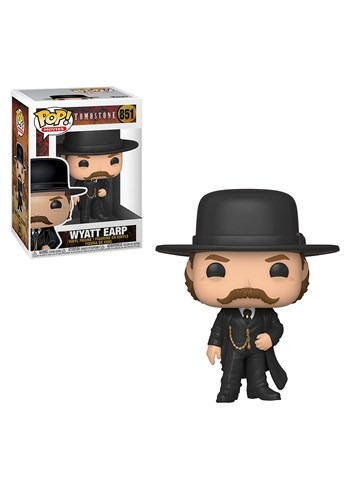 Kurt Russell as one of the most famed characters of the Wild West? Yup, we're in! Of course, lots of folks were in on Tombstone, which is why the movie has become a cult classic film and is a Hollywood legend even at its 25-years-and-counting anniversary. And you can hop in on the action of the movie yourself when you get this Pop! Movies Wyatt Earp Vinyl Figure! Styled just like the Kurt Russell's Wyatt Earp, its gonna look great right on your desk. Particularly if you pick up the other Tombstone vinyl figures to make your own Funko Pop! version of the shootout at the O.K. Corral!