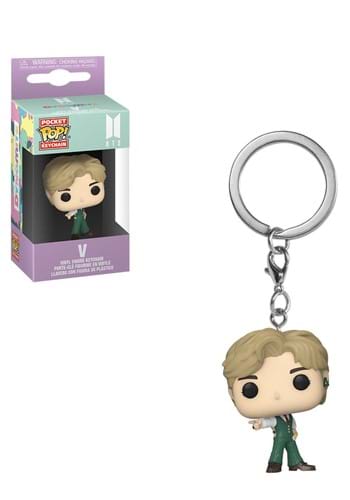 He broke the record to getting 1 million Instagram followers (it took just 43 minutes!) and jumped to 10 million in less than 5. Carry a piece of this IG heartbreaker wherever you go with this Funko POP! Keychain: BTS S2 Dynamite - V. Show other BTS ARMY members that you're kindred spirits as you pass each other in the halls or while you're out shopping.

Whether it's his words, his moves, his face, or his amazing hair, you won't want to miss out on carrying a piece of the number-one K-pop group with you at all times.