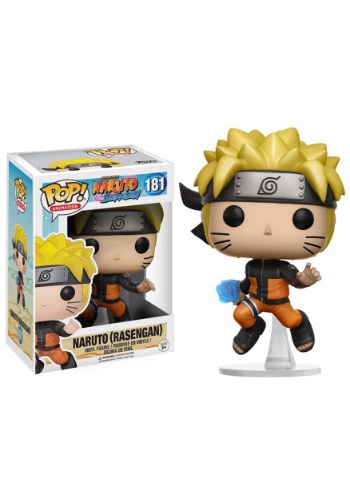 After first laying eyes on this Naruto POP vinyl, we began wondereing what it must be like to get hit with the Rasengan. Seeing as it’s the crowning achievement of Minato Uzumaki’s secret techniques and few people have ever survived getting hit with one, we’re willing to bet that it feels like getting hit with a wrecking ball filled with venomous bees. That’s why we’re quite glad that the Rasengan that this tiny Funko figure is made out of vinyl and not chakra.

The figure is based on Naruto Uzumaki after the time skip seen at the beginning of the Shippuden series. He’s posed to strike and he even has a little stand to help him stay afloat during his awesome display of power! You can place him next to Sasuke to create a deadly battle between rivals, or you can use him as a deterrent for any Akatsuki members that might be lurking around your neighborhood.