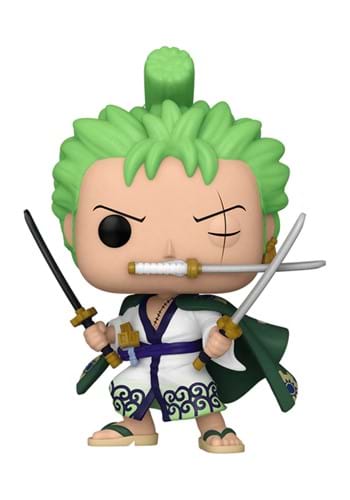 Everybody has a favorite anime character that is not a main character. For many One Piece fans, that character is none other than the infamous Pirate Hunter who became the first addition to the Straw Hat Pirates, Roronoa Zoro. He aims to be the greatest swordsman in the world. Also, he has a knack for getting lost. Oh, and look where he ended up this time. Now Zoro is a Funko POP figurine. Add him to your collection today while you still have the chance. Knowing Zoro, he won’t be available for long. Sooner than later he’ll be off and lost on his next grand adventure.