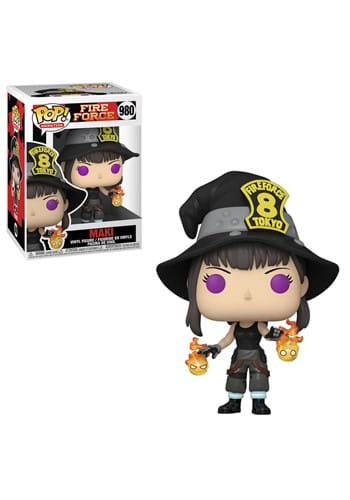 Pre-Order
Items Out Of Stock

If you’re going to build a Fire Force team, you’ll want someone equipped to controlling any existing flames. Whether your collection started with Shinra or Arthur, this POP Animation: Fire Force – Maki Vinyl Figure should be able to keep those fiery heroes under control. That is assuming she doesn’t get her friendly fires too excited about getting to stick around. Officially licensed and modeled after Maki in her casual bunker gear, this POP makes playing with fire worth it!