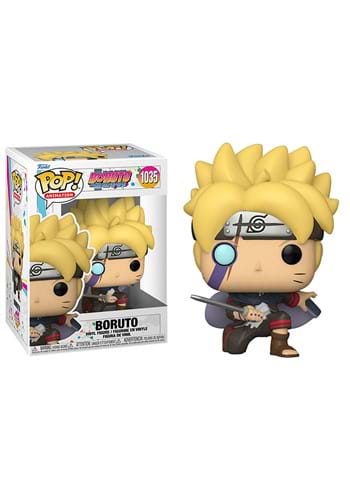 Son of Naruto, Boruto has always been the center of attention. It's hard to find your own identity when your father is the world's savior a few times over. Because of this, early on in Boruto's career as a shinobi, he tended to be hot-headed and careless. Boruto did this partly because he wanted attention, but he also acted impulsively because he had the skills to back up his actions. The kid can already use multiple chakra natures, has the mysterious jogan eye, and let's not forget about the boost in power he gets from his karma markings. A must-have for any fan of Boruto or Boruto collectibles. Grab your very own POP! Animation: Boruto - Boruto w/ Marks Vinyl Figure before your chakra runs out!