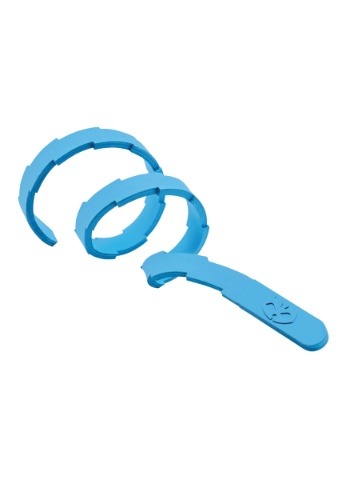 Most superheroes eventually go through some kind of crazy crisis where they have their powers all mucked up.  It might be a nasty villain using a beam that robs them of their strength or sometimes they just forget how to use them.

While that can be a bit annoying for some of us fans, overcoming that little trip up can be really good for the heroes... especially if they end up getting some brand new powers in the process.  Turns out the weird crystal statue in PJ Masks might have a few more secrets than anyone knew!

Help your little Catboy power up with this PJ Masks Catboy Power Up Accessory.  This plastic accessory is made in the same style as Catboy's new super cat stripes ability that he gained from the strange crystal statue.  The twisted blue look is modeled after the energy beams to fend off enemies and hold onto things.

Your little Catboy is probably happy with all the normal listening and leaping powers, but it never hurts to have a few extra powers on your side.  Bolster that blue kiddo with this Catboy Power Up Accessory or maybe mix it up even more and borrow some powers from the other characters!