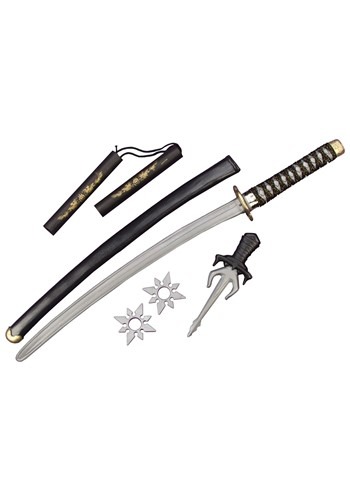 If you are going to be going out as a ninja anytime soon, you need to have some weapons with you. We know that ninjas are all about stealth and all, but what if you get caught? What if you are forced to fight? Well, if you are, you'll be happy to have some classic ninja weapons with you! A ninja without his weapons is like a pirate ship without cannons. Not all that intimidating now, is it? However, a ninja WITH weapons is one of the most terrifying sights on the planet. Just the sight of you will fill your enemies with dread!

When you are out as a ninja, just remember: Only use weapons as a last resort. You don't want to hurt anyone, and if they realize your weapons are made of plastic they might end up being slightly less intimidated. But, as long as it doesn't come to a fight, you'll be fine!