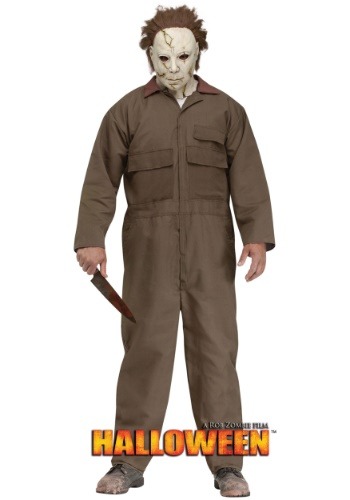 The Mystery of Mr. Myers

Michael Myers has been scaring us with his unrestrained viciousness for a good forty years now. That's a wild thought, right? He started as a tiny child and has been through so much ever since. And yet, does he give up? No. He's never given up, not once. Even when he's received serious injuries that may have taken down a less evil deed focused fellow. His drive to destroy the nonchalant lives of small-town teenagers spans the decades, becoming more and more creative throughout the years. Some might wonder why this man couldn't have just chilled out. Why didn't he take off after waking up from his coma? He's a big guy. He could have easily been well-paid as a construction worker or a bouncer. If you think about it, he didn't even have a record. We're sure the criminal history of his childhood has been expunged. But we get it, when you have a calling, it's hard to change course!

This officially licensed costume lets you become this classic evil villain in an instant. The jumpsuit with its detailed look simply connects up the front with hook and loop touch strips. The iconic mask is included as well, it has a scarred pale facade with gnarly attached brown hair so you'll look like you just stepped out of one of the many Halloween movies! Want a complete look? Choose a weapon prop from our catalog and you'll be ready to go!

Michael's poor hometown just can't catch a break! They've done everything in their power to take this villain down and yet he returns like clockwork. People aren't his only victims, just imagine what he's done to the housing market! Now, that's murder. So, this Halloween, celebrate a classic that's been thriving for decades on end! Just do that small town in Illinois a favor and stay out of Haddonfield!