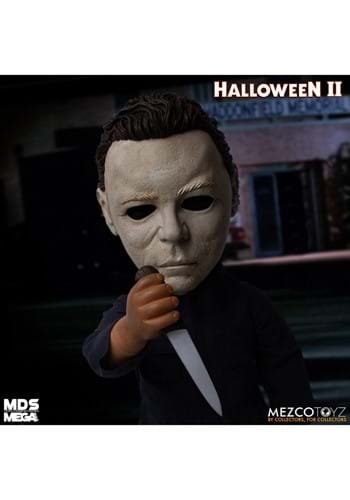 Okay, we deal with the creepy and spooky all of the time. You would think we'd built a sort of callus to this stuff, but there are still some items that give us the heeby-jeebies—like our MDS Mega Scale Halloween 2 1981 Michael Myers with Sound Doll. We already look behind our shoulders at night—where do you think he's coming after he leaves his sister's house (the guys making dolls in his image, that's who)?

Okay, this doll is as creepy as Michael himself. The mask looks so close to the movie; you'll have to cover him at night to get some sleep (if he's not there in the morning, good luck to you). This doll is nice and big at 15" with multiple points of articulation and a 3" kitchen knife—Michael's iconic and favorite weapon. This doll even speaks when you press the button on the back. You'll jump for this officially licensed Michael Myers doll if you like living on the edge.