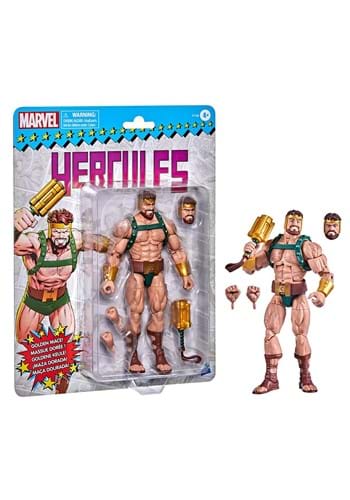 Son of Zeus and Alcmena of Thebes, Hercules has always had to tote the line between greek god and moral. He did eventually prove his godliness to Zeus, but still had a tendency for moral pleasantries like drinking and women. When your father is a notorious homewrecker, you'll probably turn out like ole Herc. Grab this Marvel Legends 6 Inch Scale Hercules Action Figure in all its buff ripply glory and ascend to godhood.