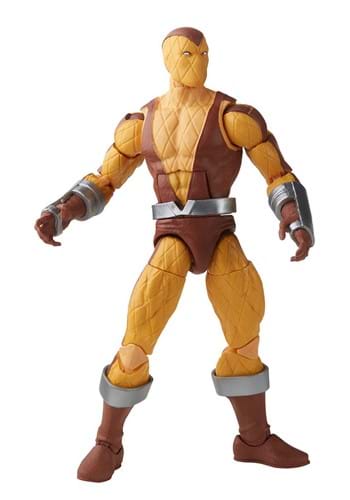 One of the original members of the notorious Marvel villain teams, The Sinister Six, is ready to join your figurine collection. Grab this Spider-Man Retro Marvel Legends Shocker 6" Action Figure today and shock your fellow Marvel fanatics tomorrow!

Our friendly neighborhood hero, SPider-Man, has taken on his fair share of powerful villains. He might struggle from time to time but usually, he winds up as the victor. However, when those villains band together all guarantees go out the window. there's no telling what the Shocker may be capable of when he has some serious backup on his side! Make the next heroic battle in your home more interesting when you include the Sinister Six, starting with Shocker!