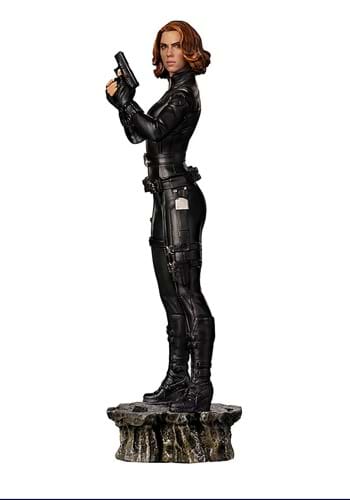 Loki has killed eighty people in two days, and the body count is only going to go up as he brings the fight (and thousands of alien invaders) to New York City. That means that Earth's mightiest heroes are going to have to work together to fend him off, and they definitely need the help of the most levelheaded assassin around - if she agrees to put her current job on hold. This officially licensed Marvel Infinity Saga Black Widow Battle of NY BDS 1/10 Art Scale Statue depicts Natasha Romanoff holding her pistol at the ready.