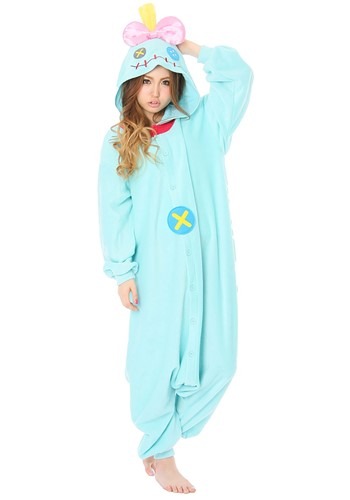 Hide Out in Comfort

Stitch knew that he was going to be in big trouble if he was ever found out by the interstellar police officers of the United Galactic Federation. It would mean a whole lot of laser blaster fire, a ridiculously uncomfortable prison coat, and who knows what other kinds of attempted destruction. What little alien critter has the time for that? Of course, he lucked out by discovering a perfect hiding spot on Earth: one nobody would suspect.

Oh, the whole dog thing? No! That disguise wasn't going to last. It didn't even trick any of the Earthlings. (Not really, anyway.) Stitch needed something really tricky to hide from the perceptive investigators and the wicked scientists that were out for him. The best chance to hide came in the form of a weird scary dolly that Lilo kept toting around. A little "surgery" to expand the measurements of the dolly and this was a perfect hideout for years to come!

Don't worry if you lack the shapeshifting powers that some aliens have mastered. When you hop into this officially licensed Scrump Kigurumi costume, you'll have all the adorable creepiness of Lilo's (sorta) voodoo doll as well as the delightful fun of Lilo & Stitch itself. The Kigurumi is soft as heck, so perfect for movie marathons or long naps. But, it's also designed with the costume elements of Scrump's pastel color tone, giant faux buttons, and stitched face to give you a memorable (if offputting) look for a costume party!

There isn't much out there that is more fun than a Disney marathon. But, when you're dressed up like one of the characters, it's even better! Join in the fun with the whole family by picking up a few of these Lilo & Stitch Kigurumi costumes. (And, if you've got a local alien hiding from the Federation, this is a must-have!)