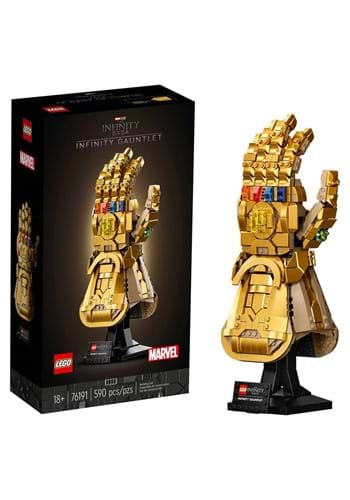 At last, you've found them all. The legendary power is yours. Carefully, you fit the last stone into the gauntlet, slip it over your hand, and snap your fingers. Instead of erasing half of all living creatures, a few pieces fall off of the gauntlet. What? You check the box: "Powers not included," it reads. Honestly, though, you're not disappointed. You had so much fun assembling (and now reassembling) the model that you're beginning to forget why you wanted universal domination. Instead, you're thinking about retiring from being Supreme Evil Being to focus on building Lego models forever!