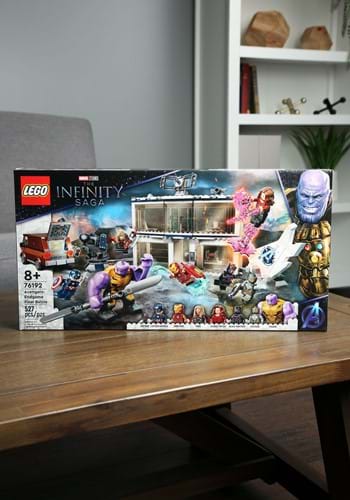 You hear that Thanos? Your days are numbered! You can't just waltz over to Earth, steal the Infinity Stones and obliterate half the population of the universe. The Avengers will have something to say about that! Now, with this officially licensed LEGO set, you can recreate the big clash between the 2 mega powers of the universe. This Marvel Avengers Infinity Saga: Endgame Final battle LEGO Set comes with all the pieces you need. It comes with 527 pieces, which includes the pieces to create a portion of the Avengers compound and Ant-Man's van. It also comes with 6 mini-figures, which include Thanos, a Chitauri, Black Panther, Scarlet Witch, Thor, Iron Man, Captain America, and Ant-Man. You can tell that big purple Titan that he won't be taking the Infinity Stones without a fight!