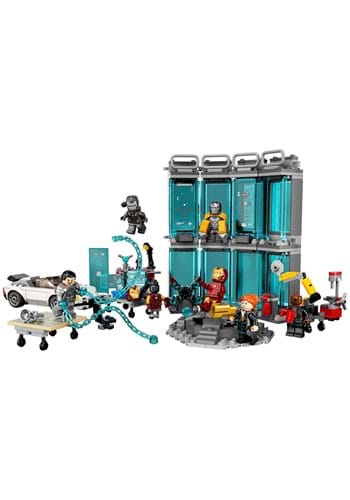 The Suit That Started It All

Before the Avengers could assemble, Tony Stark had to assemble... his own suit. It took a lot of work, even with that experimental phase in the cave and with the help of his robots, but finally he has a whole "wardrobe" of sorts in his workroom. He's ready for anything, even a helicopter attack!