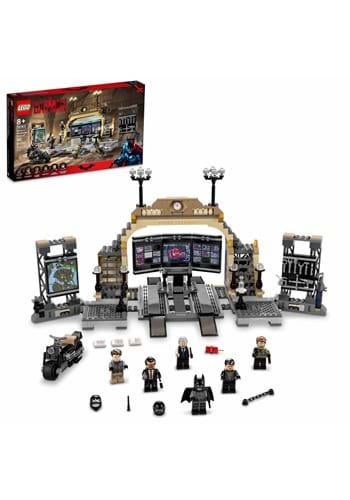 Batman has many Bat themed elements at his disposal. He has his Batarangs, his Batmobile, and his Batsuit. One of his most critical pieces though, is his Batcave. Within the cave his high tech computer is instrumental in him conducting his detective work. He is the world's greatest detective after all! He also has a large assortment of tools to fix his gear after a night of crimefighting in Gotham City. This set comes with 6 DC minifigures including Batman, Selina Kyle, The Riddler, Bruce Wayne, Alfred and Commissioner Gordon to reenact scenes from the film or create new ones!