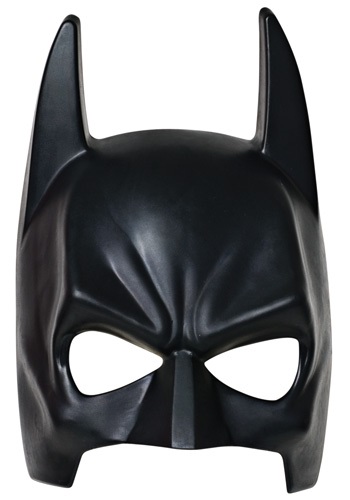 By now, most folks out there that don’t actually live in Gotham City, itself, are aware that Batman and Bruce Wayne and one and the same.  That probably should have been pretty obvious to everyone in Gotham City, too.  In fact, it might be that they all just know it and enjoy letting Mr. Wayne think he’s confusing everyone with his secret identity.  But, the fact is that Batman has billions of dollars worth of really cool tech and gadgets.  Where else would he be getting all of that!?

Of course, a really smart Batman wouldn’t have to depend on all of that fancy gear.  Who needs an x-ray functioning mask that can transition into an armored effect when all that one really needs is that simple and fearsome black mask.  That is what the villains of Gotham are afraid of, after all!  So, when your tyke is looking at becoming Batman to save the whole town, you don’t need to have the Wayne fortune so long as this Economy Batman Mask is available!