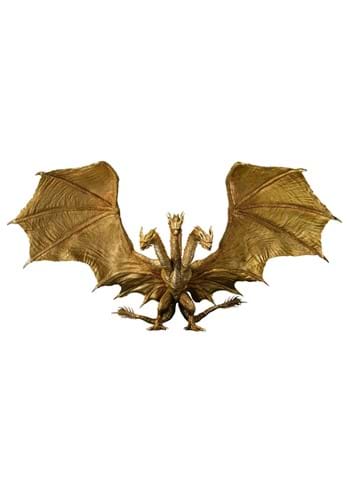 Rise of a Titan

Look out, Godzilla, there's a new monster in town! The terror of Tokyo isn't the only giant reptile that's too cool not to celebrate (even if it's incredibly destructive). This officially licensed Godzilla: King of Monster King Ghidorah Special Color Version Figure will thrill fans of the popular sci-fi movies. A golden Ghidorah figure stands on hind legs with two tails outstretched behind it. Its three heads look in opposite directions and its mighty wings are outspread. It will look fantastic on a display shelf - and unlike the original Titan, it won't burn your house down.