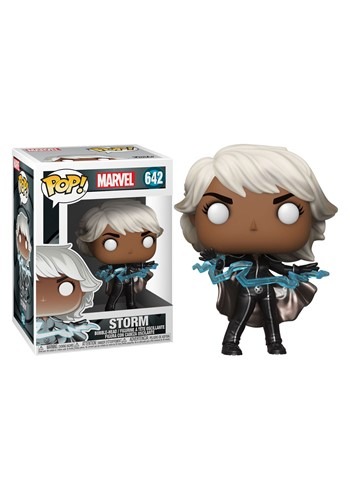 They say that a bolt of lightning never strikes the same location twice. But, when you're a friend of Ororo Munroe, the chances can go up significantly. For years, we've watched Storm grow from priestess to mutant, from teacher to literal goddess. So, it's only natural that we'd want to invite you to put this officially licensed Funko Pop! Marvel: X-Men 20th Anniversary bobblehead figure of Storm on your mantle. Blessings be to the lady of lightning!