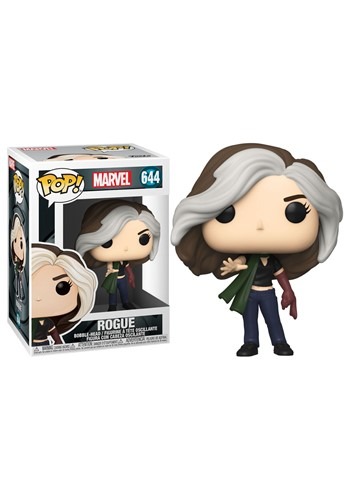 A Streak of Power

In the world of the Mutants, there are a ton of pretty unique abilities. But, nothing comes close to that of Anna LeBeau. She's got the knack for nabbing the powers of anyone she touches and some of them have stuck with her for good! Flights, super strength, and one heck of a killer personality... well, that last one was always her true natural gift. But, what about that awesome hairdo!? Well, that white streak is still a bit of a mystery, but you might get a hint with this officially licensed Funko POP! Marvel: X-Men 20th Anniversary bobblehead figure of Rogue!