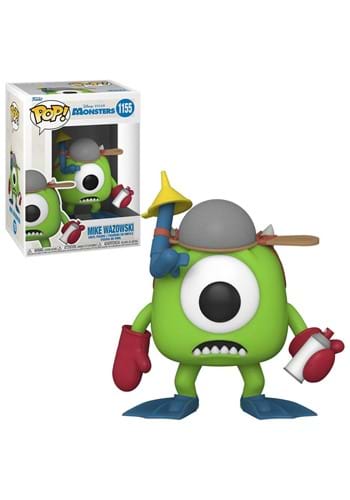 Celebrate the chaos that started it all when you purchase this POP! Disney: Monsters Inc 20th Anniversary Mike Wazowski Figure! Modeled after Mike as he prepares to handle Boo with the wackiest of kids gloves, this officially licensed collectible perfectly captures the endearing mania of 2001’s Monsters Inc. Pair with other available 20th Anniversary Monsters Inc POP!s to relive every moment!