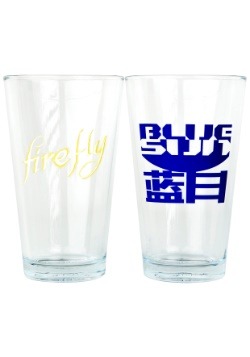 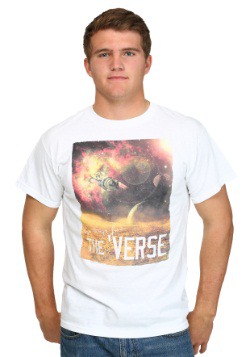 Firefly Greetings From The Verse T-Shirt 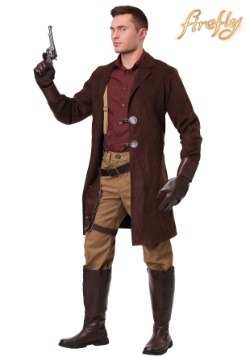 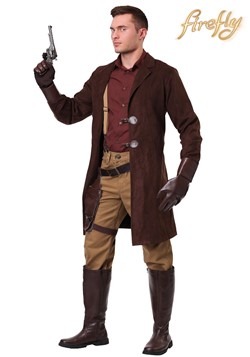 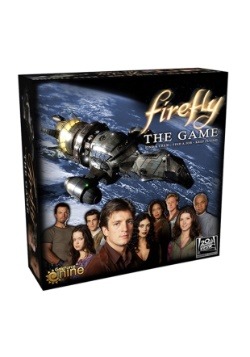 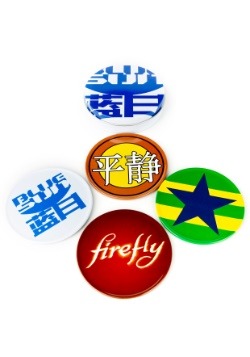 Sometimes the best things in life don't last very long. For example, a vacation to exotic locations often goes by quickly and watching children grow from babies to kids to teens to adults rushes past us in the blink of an eye. This philosophy can also relate to televisions show. For instance, the fan-favorite show, Firefly, was taken from us far too soon, despite petitions and fans on social media begging for the show's revival. In fact, the series ranked at number five on the 2013 list of 60 shows that got the ax way too soon despite winning a Primetime Emmy Award in 2003 for outstanding visual effects. The injustice of it all does feel overwhelming at times. We wish we could personally sit down and have a talk with Joss Whedon begging him to resurrect (perhaps) the best space Western drama to ever air on TV. However, we really doubt we'll have a chance to engage in that conversation. Luckily, there are ways to pay homage to your favorite TV show of all time even if it's not still being made. You can relive all your favorite moments from Firefly by collecting the merch which is still being sold right here on Fun.com (thankfully.)

Perhaps your favorite moments from the show's eleven episodes showcased the beautiful solar system backdrop. If that's what you miss the most, then you can purchase an awesome "greetings from the 'verse" t-shirt which features a printed Firefly design on front amid a scenic setting of stars and planets. Wearing this t-shirt will let everyone know that you still happen to be a fan of the now-defunct Fox show. It's a good idea to pair this soft cotton tee with your favorite pair of jeans and wear it to a convention. You're bound to attract another Firefly fan so you two can strike up a conversation about the show and the plots that might have been if it were renewed for more seasons. Those who enjoyed the character of Jayne Cobb, the mercenary, will love wearing our Jane Cobb character tee. Featuring an image of the character printed on the front as well as the phrase, "you are beginning to damage my calm," which is a direct quote from Cobb. If you were a fan of Serenity's second-in-command, Zoe Alleyne Washburne, then you'll love the rare character vinyl figure that we sell. This unique Pop! is a great way to pay homage to your favorite character from your most cherished television show. The figure's head rotates and looks great in a clear display case sitting on a shelf, desk, or dresser.

Whether you are picking up a Firefly gift for yourself, a friend, or a family member, you can bet that Fun.com will book you up with memorabilia. It will make you feel like you're favorite show is still on the air, and maybe, just maybe, Netflix will pick it up sometime in the future. (Hey, we know it's a long shot but we're allowed to dream and so are you!)