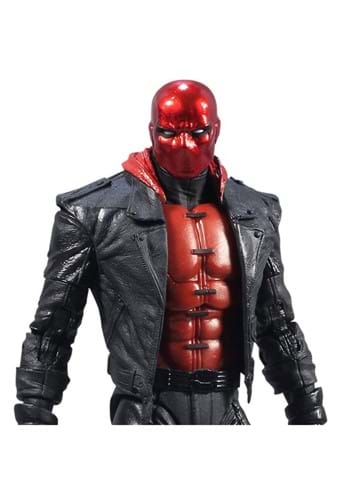 Jason Todd has a fascinating back story. As a young kid, Jason was always getting into trouble—at school, with the law, and eventually with the Dark Knight himself. This kid was bold enough to try and jack the tires off the Batmobile. Yeah, it wasn't the brightest move, but Batman could see that the kid had heart. At the time, the original Robin, Dick Grayson, left the Batworld to venture out and create his own identity separate from Batman. After some training, Batman realized that Jason had real skill, just a bad temperament. Fast forward a few years after the events of The Killing Joke comic, and the Red Hood returned to strike terror into the heart of criminals or anybody who gets in his way. The Red Hood doesn't have a strict moral code like Batman and prefers to use firearms versus typical Batfamily tech. The League of Shadows also trained him, so you know he can scrap with the best of them. Clearly, our love for this character is a little excessive; if you feel the same, you should pick up or officially licensed DC Multiverse Batman: Three Jokers Wave 1 Red Hood 7-Inch Scale Action Figure. You won't regret it!