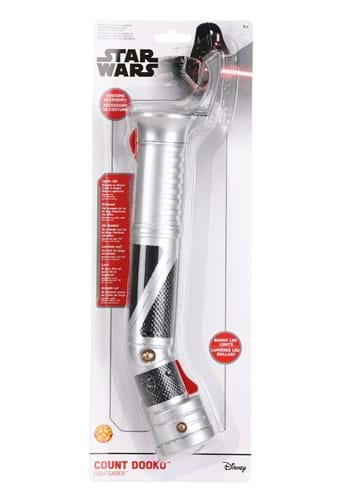 If you’ve seen one Jedi or one Sith Lord, you’ve seen them all, right? Well, you’d certainly get that impression from the way folks talked about them once the Empire had won the entire galaxy over and the only Jedi left was an old guy hiding on Tatooine and watching after the chosen one who might bring balance to the Force. But, if you take a few steps back and look at each of the Force wielders one-by-one, you quickly notice that none of them were alike, each as different as lightsaber wielding snowflakes falling on the icy planet of Hoth.

And, since each of those epic fighters on both the Light and the Dark Side of the Force have their own unique looks and ways to use the Force, why should their iconic weaponry look the same, either!? Well, when it comes to a certain master Sith Lord, Count Dooku, you know that a standard blade won’t be nearly enough. Enjoy the path to your own Dark Side with this unique and officially licensed Count Dooku Lightsaber Accessory. The bent handle of the lightsaber is unique the wicked man though the gleaming red blade will be well recognized no matter who you’re facing!