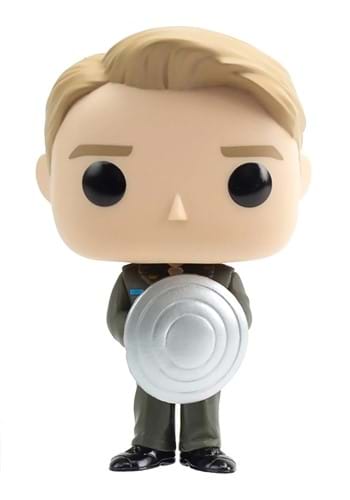 When Captain America first threw his mighty shield...all those who dared to oppose his shield yielded as fast as they could and set a precedent for all evildoers after them. Seriously, Steve Rogers could charge into battle carrying nothing but the vibranium shield and win every time. This officially licensed Funko POP! Captain America with Prototype Shield Vinyl figure is a perfect addition to any Marvel fan's collection. A serious-eyed Cap holds a silver shield while wearing his original army uniform. The Nazis, Hydra, and Red Skull don't stand a chance against him.