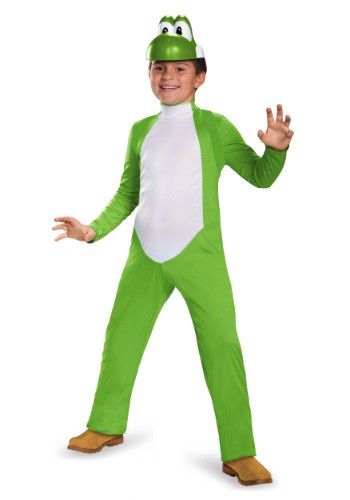 You may consider yourself to be a true fan of Yoshi but have you ever had the pleasure of meeting the little dino? We actually got the chance to chit-chat with the Nintendo icon and he shared some personal details with us that we've decided to pass onto you.

Secret #1- Yoshi isn't his real name. His full name is T. Yoshisaur Munchakoopas and that's a tongue twister. It makes sense why the little green dinosaur prefers an abbreviated version of his name. We think it suits him!

Secret #2- Yoshi loves making cameo appearances! Did you know that his cute little face has shown up in the Legend of Zelda series? Keep an eye out for him next time you're playing the sword and sorcery themed game.

Secret #3- Just like Mario and Wario, Yoshi has an arch nemesis too. Yoshi's rivalry is with a blue dinosaur who is known for having a mean streak. Boshi is Yoshi's top adversary and we don't think this feud will come to an end anytime soon!

Now that you're privy to these rare facts, we urge you to wear this deluxe Yoshi costume. Step inside the soft jumpsuit and wear the molded plastic mask on top of your head and you'll look exactly like the popular Nintendo character. In fact, you might even trick people into thinking you're the real Yoshi. Solidify your new image by finding someone dressed as Mario and persuade him to ride on your back. It probably won't take a whole lot of convincing!