Every Purim, it's hard to decide which is more exciting—the costumes or the delicious food that comes with the holiday. If you're new to the celebration and have no idea what we're even talking about, don't worry, we're here to help you sort things out! From how to celebrate, to what to wear, even what to drink and eat, we want you to feel like a master of Purim. If you're already familiar with the holiday and are looking for cool, unique costumes this year, feel free to scroll down to the costumes section. Otherwise, let's get things going!

Merriam-Webster defines Purim as "a Jewish holiday celebrated on the 14th of Adar in commemoration of the deliverance of the Jews from the massacre plotted by Haman". You can read more about this event from the Book of Esther at Wikipedia and Chabad.org.

When is Purim Celebrated?

Purim is celebrated on the 14th day of the Hebrew month of Adar.

How to Celebrate Purim 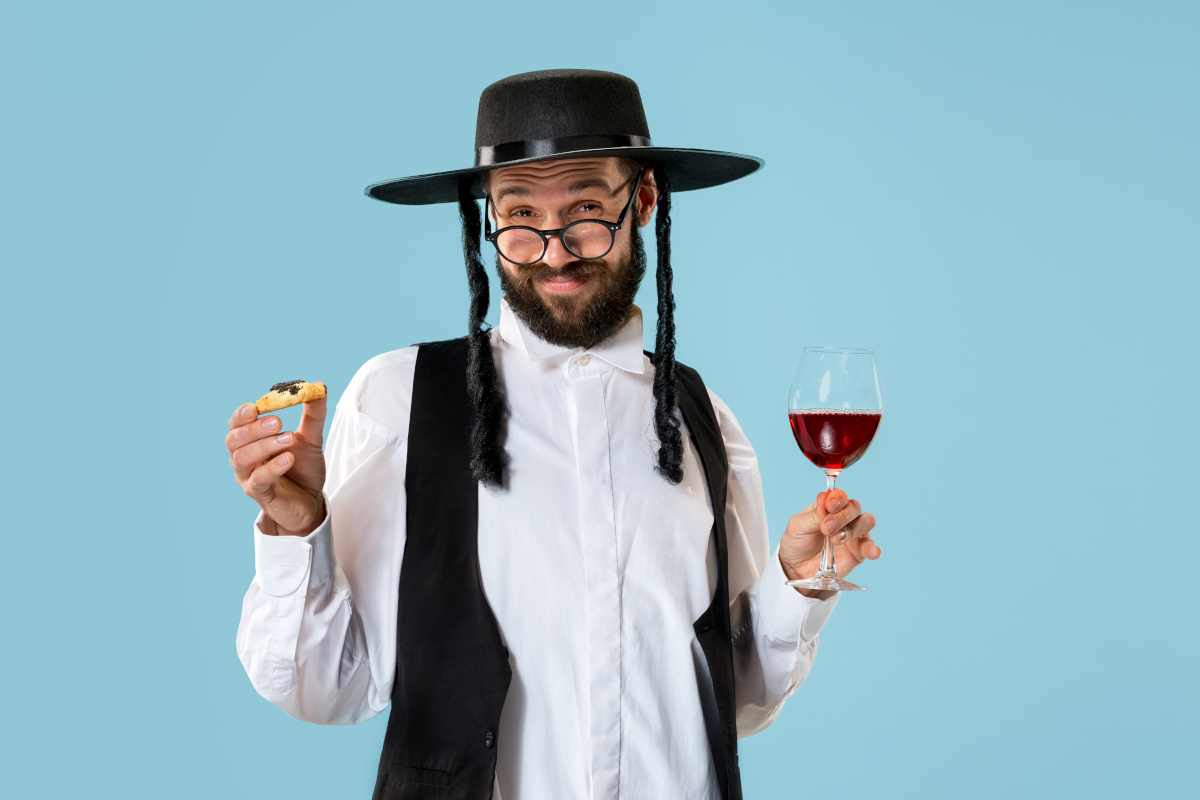 People celebrate Purim in a multitude of ways. It mostly comes down to what you're most comfortable with. Online Purim celebrations are great if you're social distancing or just far away from your family, friends, and community. Some communities gather at their local synagogue for a night of stories, costumes, and dance. Others might opt-in for the more intimate setting at home and invite friends and family over for a house party. As long as you're comfortable, there's no wrong way to celebrate Purim and it's completely up to the individual. To find your nearest Purim celebration, hit up the internet to see if there's an event online or near you! 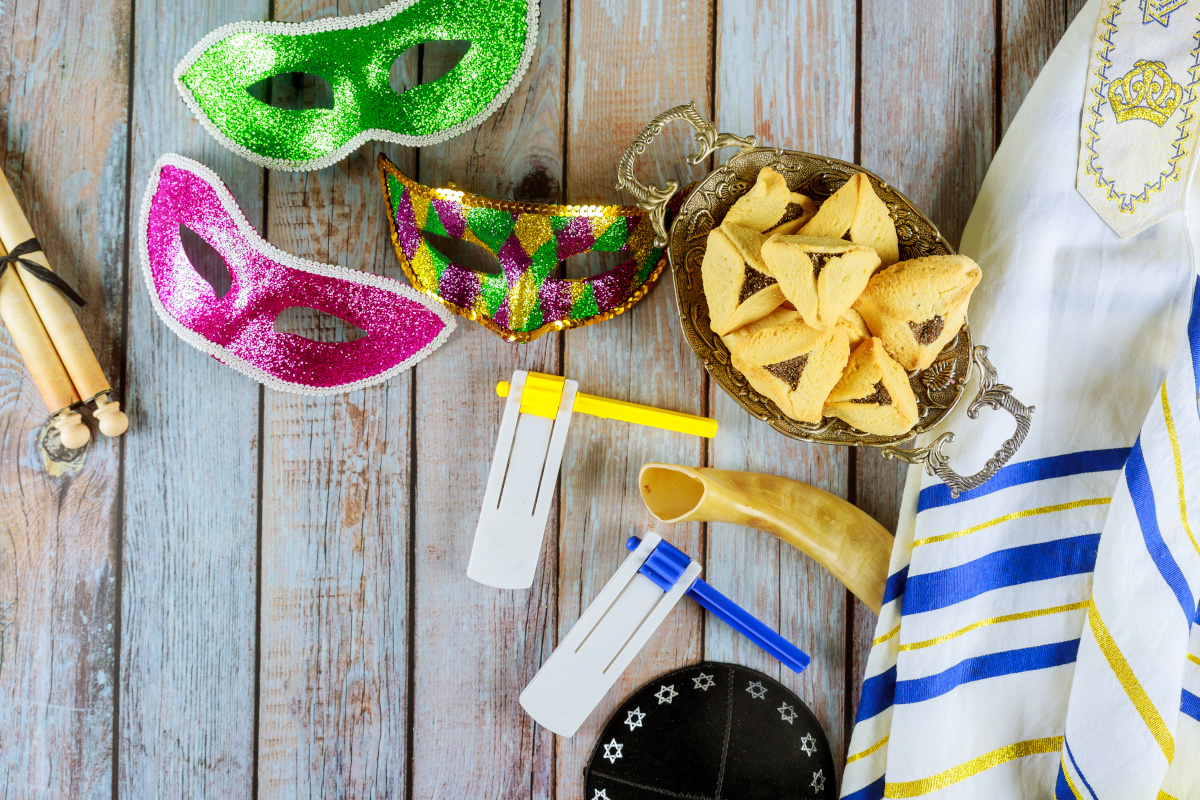 Purim is a holiday filled with many traditions. From reading the story of Purim at a synagogue to dressing up in costumes, to delivering mishloach manot, we are going to break down each tradition so you can learn more about which traditions make up the great holiday that is Purim!

It is common practice for the Book of Esther to be read during Purim. Whenever Haman's name is said, the tradition is to drown out his name using noisemakers called groggers, while shouting and making other loud noises. If you aren't familiar with the story and don't have time to read the entire thing, you've come to the right place. Read on for a Book of Esther summary.

The story of Purim follows a Jewish woman named Esther, who was chosen to be the wife of Ahasuerus, the King of Persia. Haman, the King's chief minister had a dangerous hatred toward Jewish people. So much so that he developed an elaborate plan to wipe out every Jew in the kingdom. Esther's cousin, Mordechai, informs her of his sinister plan and urges her to use her power to stop the attack. Esther reveals her Jewish identity to her husband, the king, who orders Haman to be hanged, saving the Jews from annihilation. 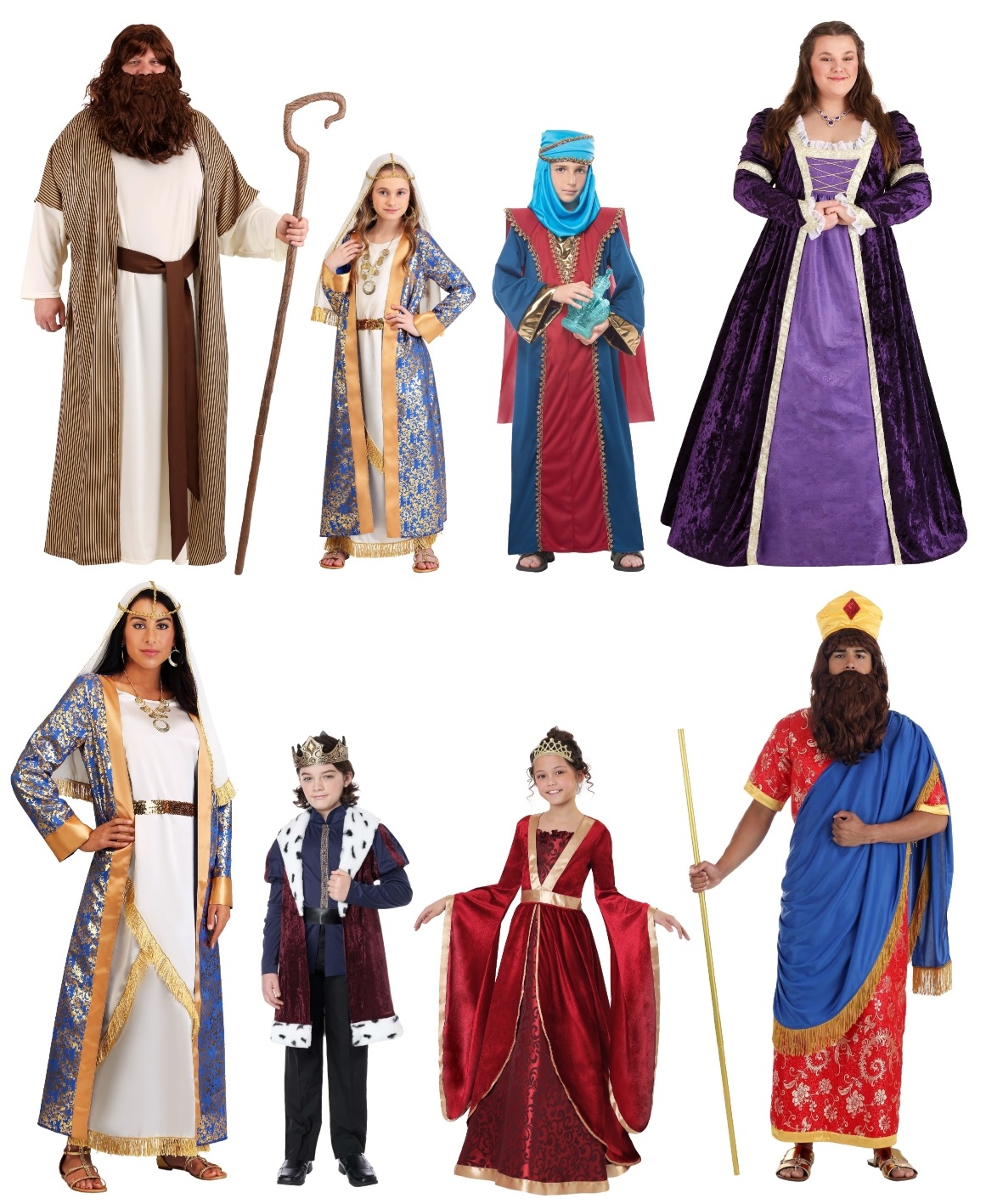 Because Purim festivities include telling the Purim story, many people choose to dress like the people in it. The kids will probably want to be Esther or Mordechai (because no one wants to be the villain), but Haman is important for the story too! Then there's Queen Vashti and King Ahasuerus. Now, you may not be able to find costumes specifically for all of these characters, but king costumes work well for the king, with shepherds and similar Biblical costumes for Haman. Find gowns from ancient history for Queen Vashti, maybe some wise men for Mordechai, and royal wear for Esther. Then you're all set for Purim! 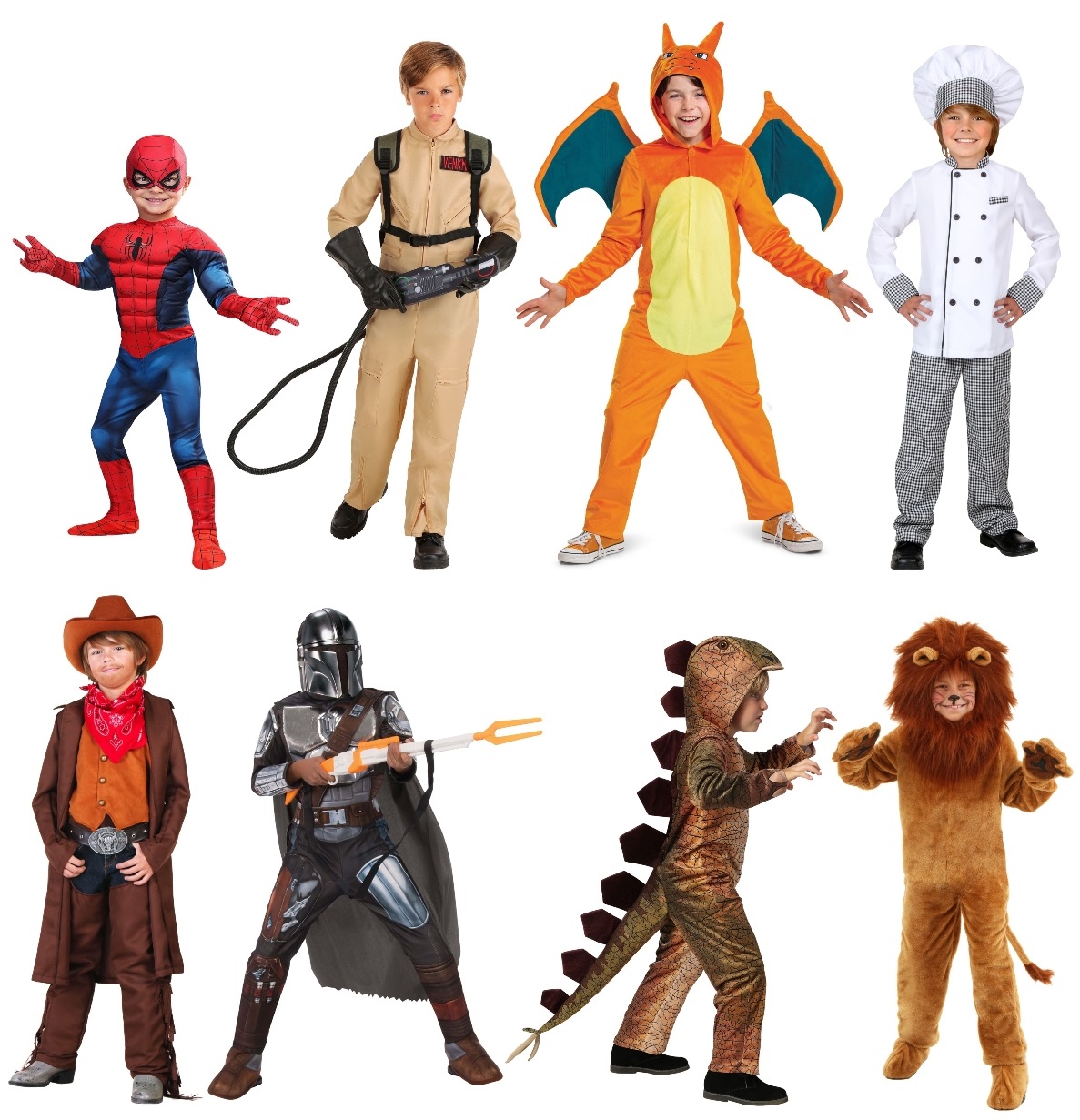 Not every kid wants to be a character from the Purim story year after year, and that's ok. They have other opportunities to take part in the festivities, after all! You can find tons of cool costumes for boys to wear for Purim, from animals and occupations to TV and movie favorites. The best part is that, once the festivities are over, you can hang onto their costumes for pretend play later—especially for the littles. 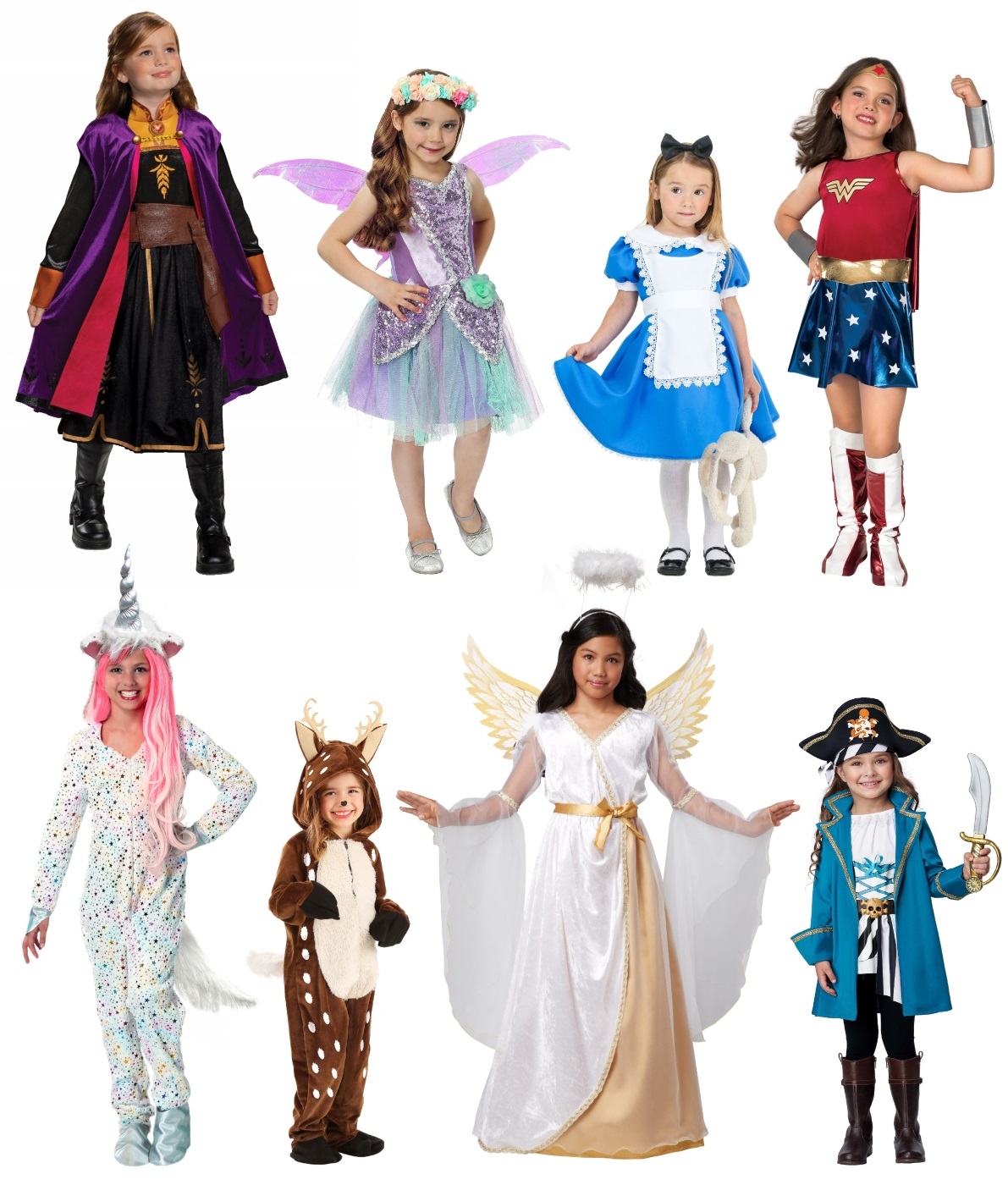 If you're looking for tznius dresses to use for your Purim costume, there are tons of options for girls, even beyond an Esther costume. Storybook characters like Alice are a lot of fun, as well as Disney Princesses like Anna from Frozen. However, she can be so much more! Superheroes, animals, TV and movie characters, occupations, the list goes on. There are so many girls' costumes at FUN.com that she might not know what to pick! 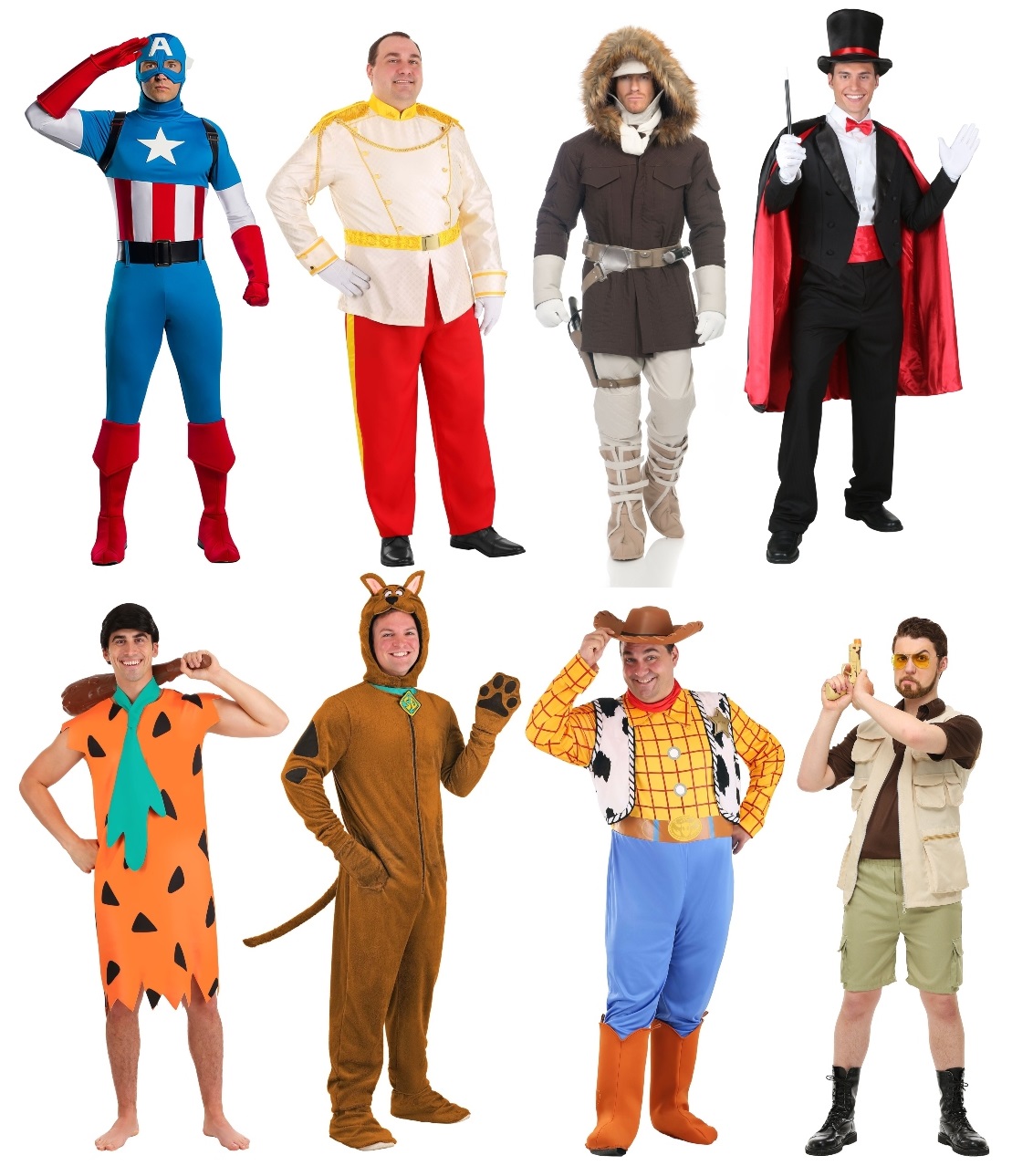 Are you ready to have fun this Purim? While there are lots of traditional Purim costumes available as we mentioned earlier, you don't have to feel compelled to wear the same thing every year. We have tons of great Purim costumes for guys, from movie and TV characters to occupations, animals, and more. Maybe you're dressing up on your own, or you're looking to make a group costume with your wife and kids. Take a peek at all of our men's costumes online to see what's right for you this Purim! 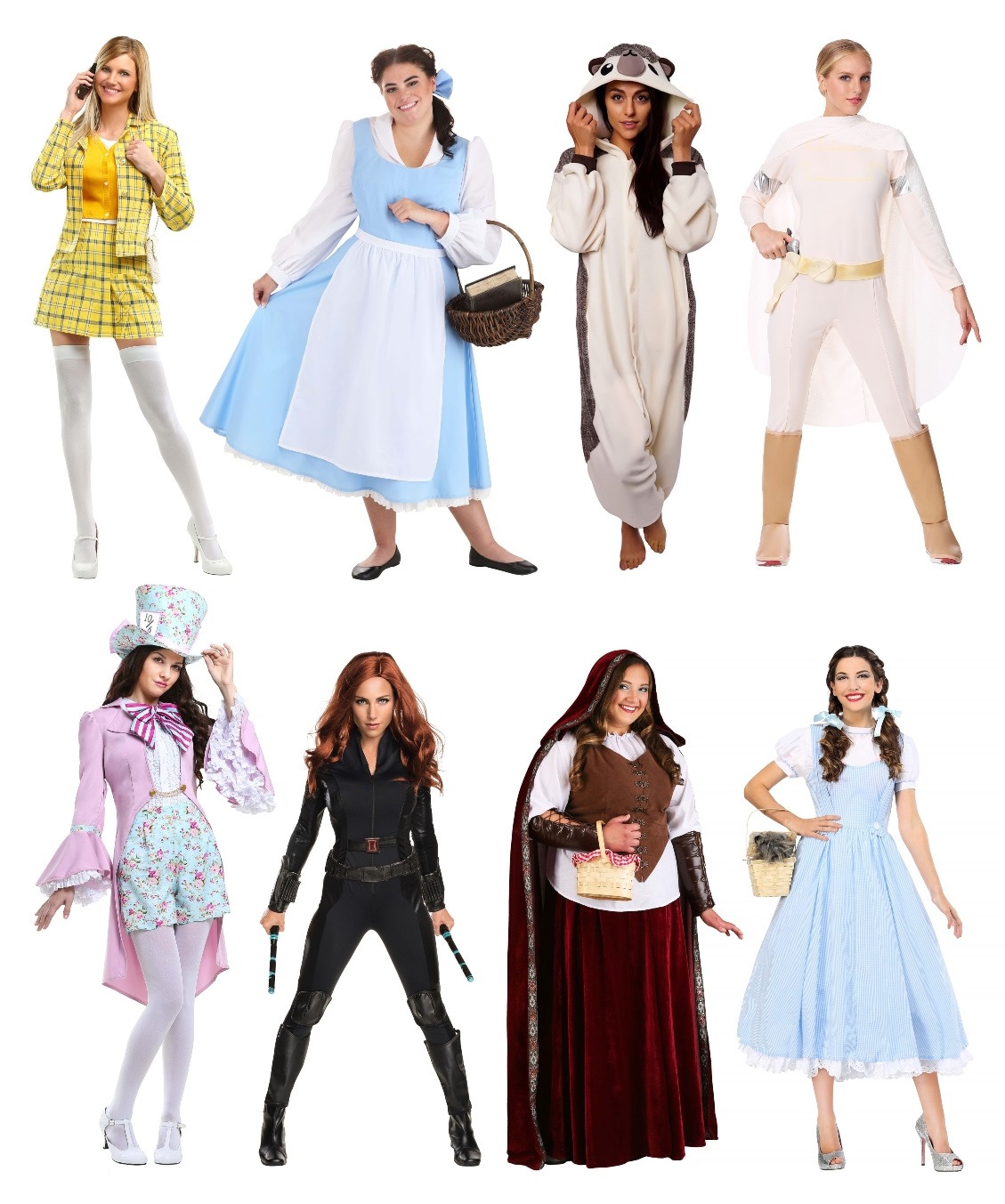 It seems like the most obvious choice to dress up as Esther, but if you are going a different route, we have plenty of options available. Iconic classics include Black Widow, Dorothy from The Wizard of Oz, and Red Riding Hood. Have you ever thought of having a career change? Maybe your dream job as a kid was to be a flight attendant so you can see the world! Remember that you can dress up as whoever you want to be! 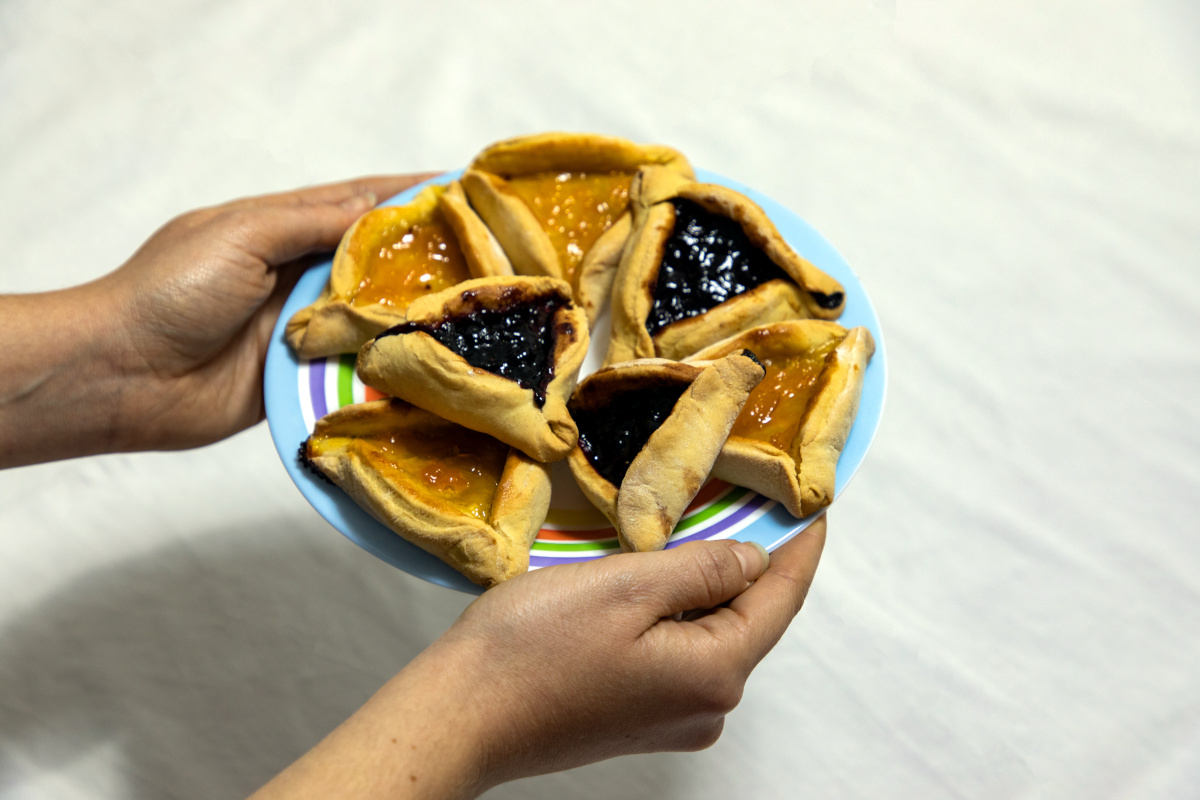 Similar to other holidays, Purim also has its own delicious food traditions. The most popular Purim treat is a cookie called hamantash (hamantaschen for plural). This cookie is said to represent Haman's pockets, Haman's ears, or Haman's tri-fold hat. It's really up to the individual as to what they represent. Whether you have a sweet tooth or are more of a salt lover, Hamantaschen go great with either a sweet or savory filling. You could always chow down a simple and plain hamantash but that would seem just plain wrong. If you're going to indulge, you better go all out! 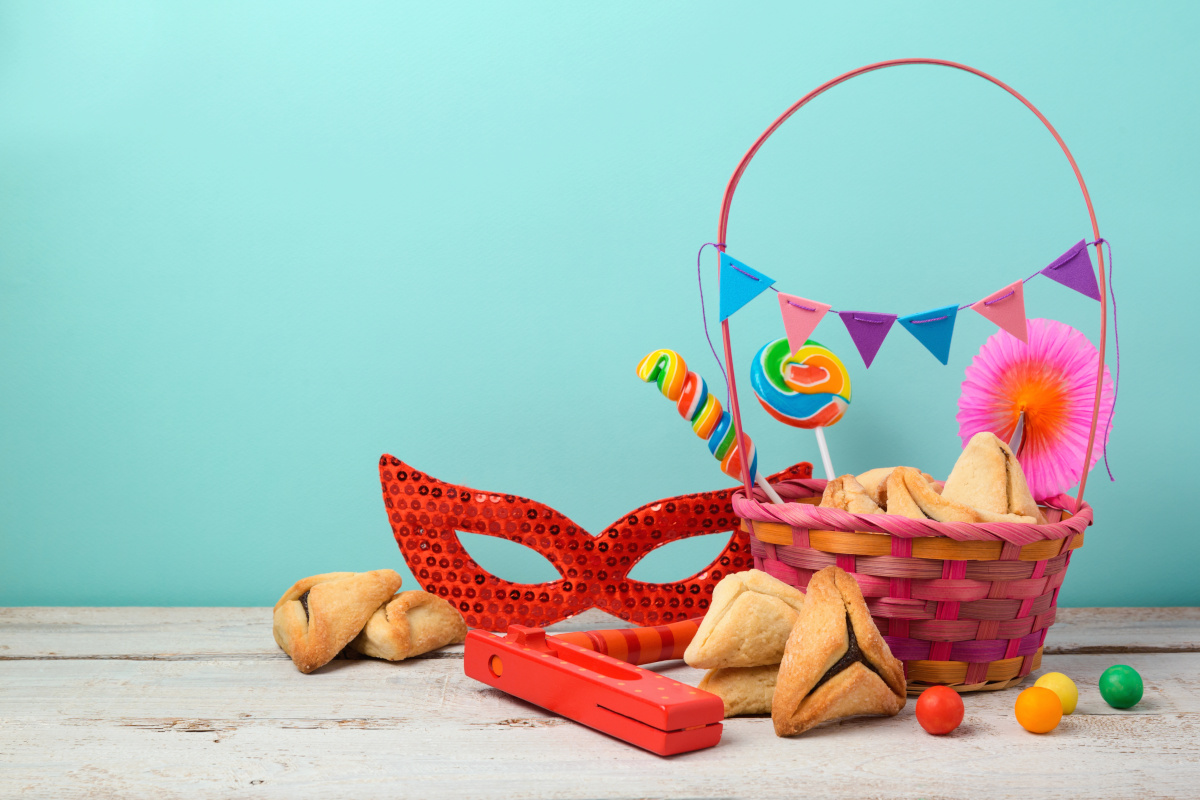 Another Purim tradition related to food is the deliverance of food baskets. It's a common tradition to deliver gifts of food to friends and family, continuing the idea that Purim should be a joyous holiday. If you can't go to your synagogue or attend an in-person party, sending mishloach manot ('sending of portions' in Hebrew) is a great way to stay in touch while social distancing.

We even designed some fun pop-culture-themed Purim printables for your basket! 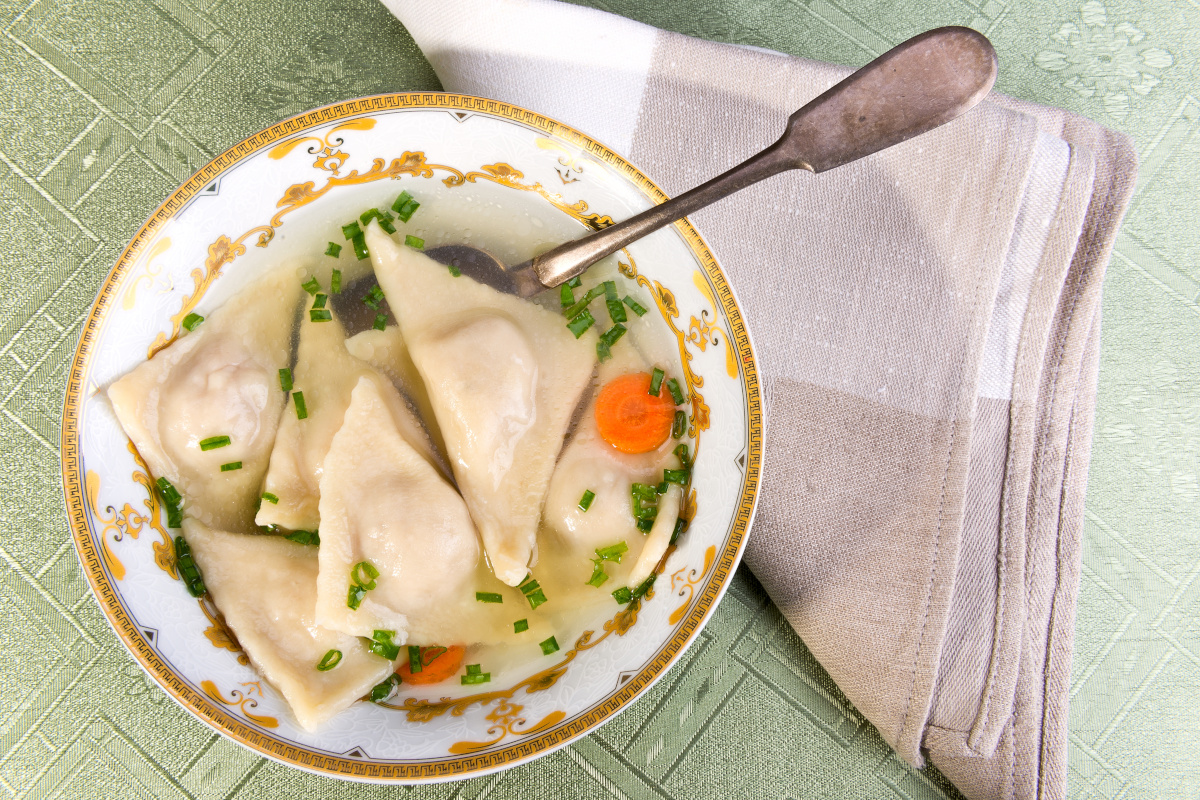 If you're a fan of soup and dumplings, then you surely will love kreplach. This is a tradition that's often practiced in northern Europe. Kreplach is made of chicken soup and delicious, meat-filled dumplings. Yum!

When is the Feast of Purim? 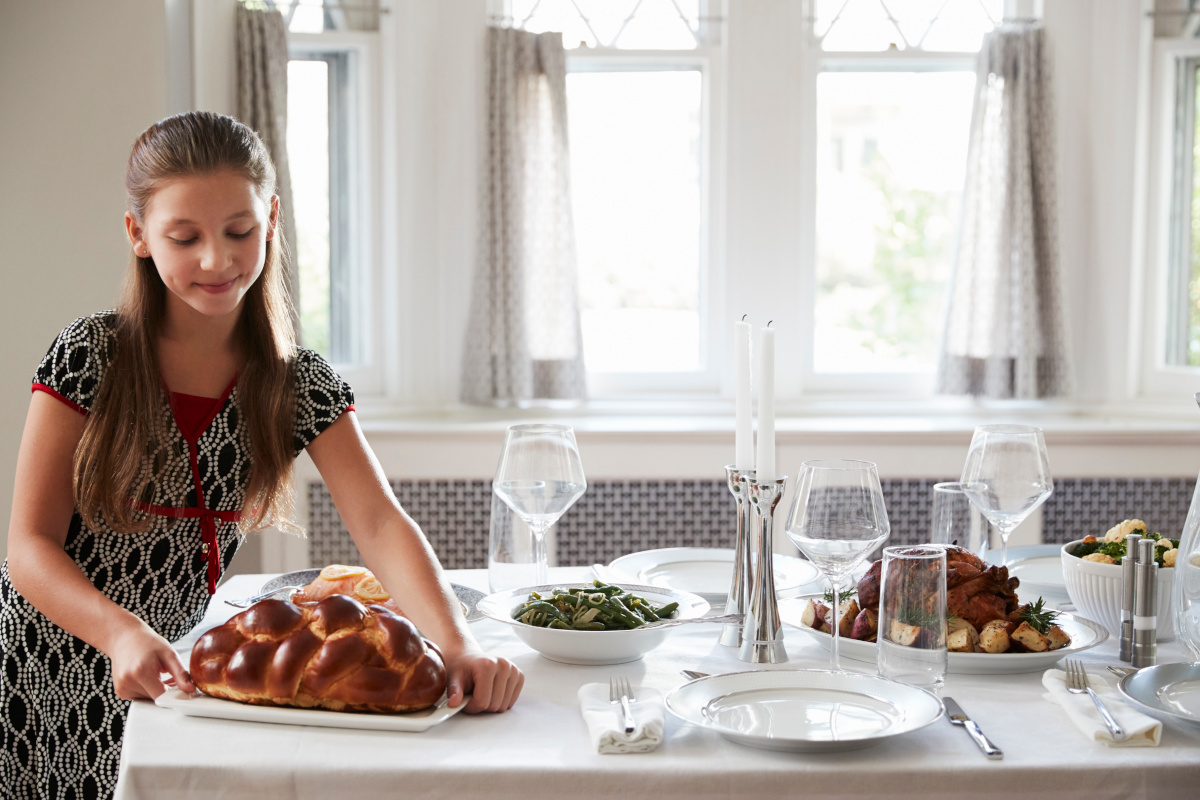 Traditionally, the feast begins before sundown and proceeds late into the evening. This usually involves gathering friends and family together for a night of eating, drinking, singing, and enjoying each other's company. While there aren't any rules as to what you eat for Purim, many will enjoy a meal featuring meat, wine, and hamantaschen. 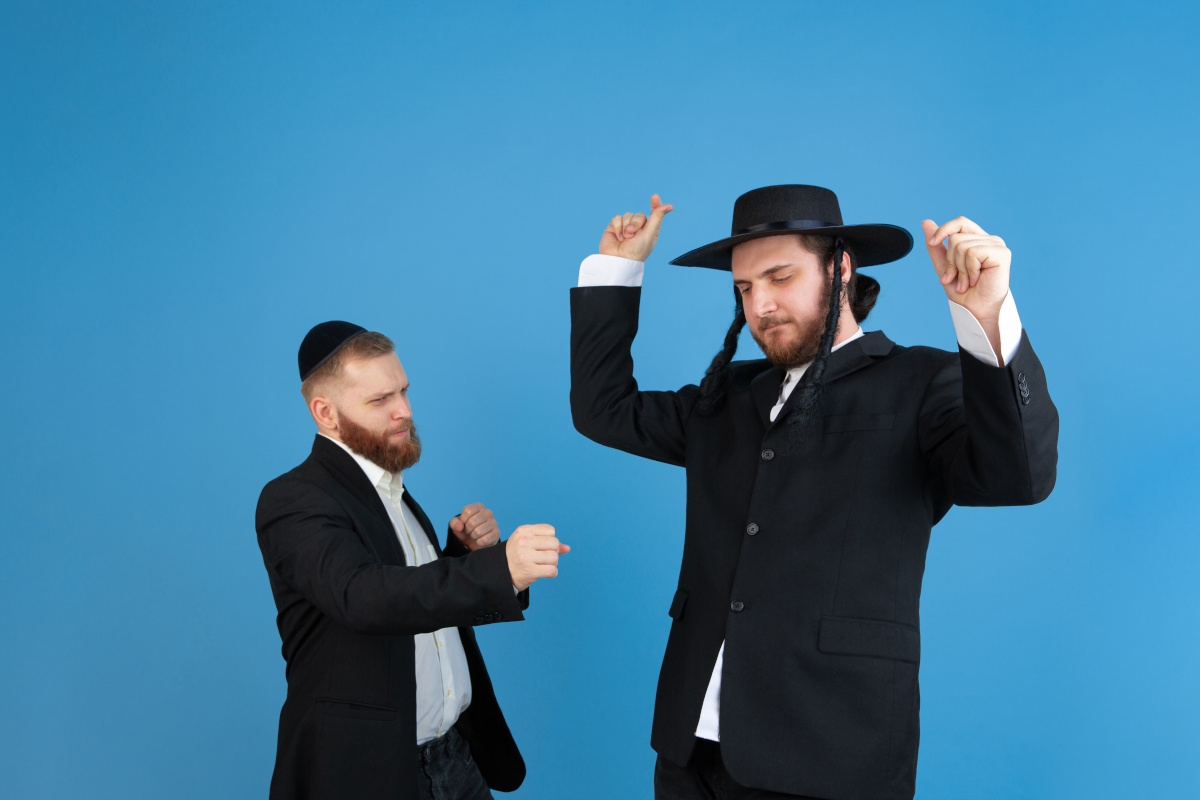 With every great holiday comes great music. If you're looking to get the party started, you may find yourself wondering where to find some of the best Purim music. YouTube is a great place to start and has plenty of Purim playlists to get those feet moving. A few Purim classics include, "Hag Purim", "Leitzan Katan Nehmad", "Ani Purim", "Mischenichnas Adar", and "Shoshanat Yaakov".

So there you have it! Of course, these are just some ideas of what you can do to celebrate Purim. Similar to other holidays, some families have their own, unique way of celebrating. If you have suggestions for fun activities or new recipes for people to try, share them in the comments! If you're still looking for something to wear, be sure to check out all of our Purim costumes! And to everyone reading this, we wish you a Happy Purim!