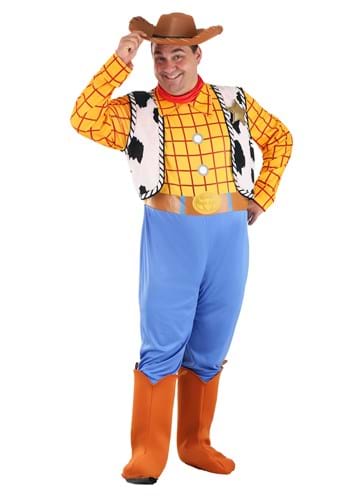 Now, Woody -- he’s been my pal as long as I can remember. He’s brave, like a cowboy should be. And kind, and smart. But the thing that makes Woody special? He’ll never give up on you -- ever. He’ll be there for you, no matter what.

Sheriff Woody Pride had the good life. A loving owner, a sweet boot sole tattoo, a close circle of friends including a dinosaur, a pig, and a Slinky dog with the same voice as Ernest P. Worrell, and a removable cowboy hat. But then one day the world was turned upside down with the arrival of some newfangled spaceman action figure. The dumb cluck, he even thought he could really fly! Woody came to resent this interloper, who even got his own, more neatly written tattoo on the bottom of his own foot! The nerve! He was the top toy in these parts!

But a guy like Woody could never hold a grudge. Kind of hard to be a bad guy when you’ve got the same voice as Tom Hanks. He’d go on to befriend that deluded astronaut, and together they’d face the dangers of Pizza Planet, Al's Toy Barn, and even the municipal waste dump, each time nearly coming to disaster, and each time coming out on top thanks to the power of friendship.

Our officially licensed Woody Costume has the hat, jumpsuit with attached vest, and handkerchief you need to become everyone’s favorite toy cowboy. When you wear this, make sure you write “Andy” on the bottom of your sneaker for top authenticity!