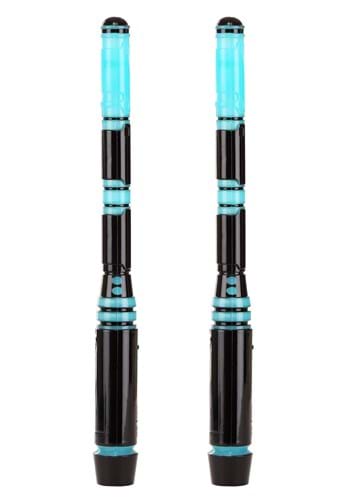 Just because you are technically an assassin, people have this odd tendency of assuming that all of your weaponry has to be the sort that is going to cause critical murders every time you turn to look at your next opponent.  Now, of course, Black Widow is known for being a master of the handgun, throwing knives, and virtually any other sort of weaponry that we can imagine out there, but that only means that when Black Widow is handed something non-lethal and flashy, you’re just going to master that as well!

That is why we find you twirling around with these officially licensed Black Widow Avengers II Light Up Batons to be a celebration worthy of an Independence Day firework display.  Power up these beauties and get to flailing as you take down the various guards and other android monstrosities put together by Ultron and show anyone who gets in your way that they have just made a really bad mistake… and that they’ll live to realize how bad it was!