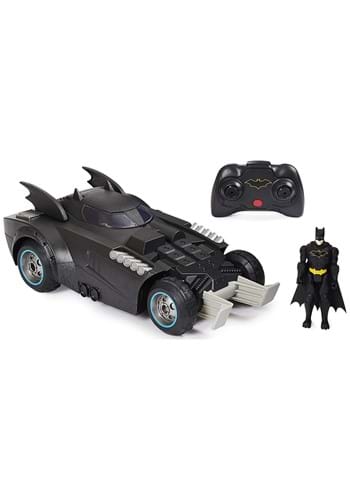 When danger threatens Gotham, what do you do? You burst out of the Batcave at top speed, riding in your awesome, weaponized Batmobile! This officially licensed DC Comics Batman Launch and Defend Remote Control Batmobile lets you act out your favorite chase scenes and make up some of your own. The controller races the car to the scene of the crime. It also has a button that ejects the included four-inch Batman action figure so that he can fly through the air and dish out some justice!