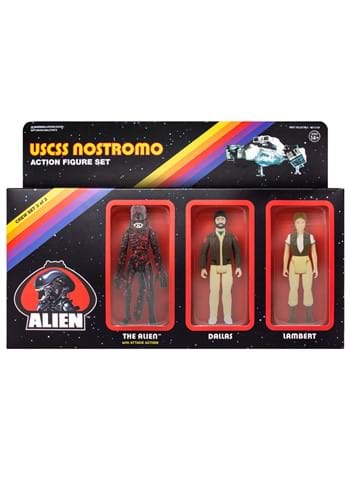 Your Face Needs A Hug

If you are a true fan of the amazing sci-fi horror movie Alien, then we have just the thing for you. Now, thanks to ReAction, you can start collecting all of the members of the original crew that had a deadly run-in with the terrifying creature we know now as a Xenomorph. Grab this Alien Figures 3-Pack and you'll obtain two of the crew members, Dallas and Lambert. Dallas was the captain of the crew and Lambert was Nostromo's nervous navigator. They both met their demise after the alien had hunted them down. To make this 3-Pack complete, you will also receive an Alien figure covered in blood. Definitely not its own blood though!