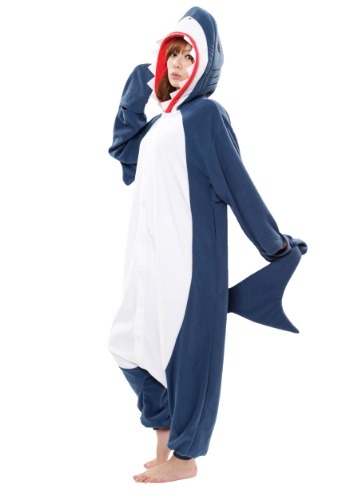 How's your nap game? Can we give you some advice? If you want to make it . . . well, anywhere, you better ramp it up! Yeah, it might seem like a contradictory way to get ahead but we happen to hold naps in high esteem. In fact, they are held in high esteem throughout the world!

In ancient Rome, everyone took a pre-scheduled nap after lunch before moving on with their day. In China, an hour-long nap is considered a constitutional right, people simply put their head down and doze for a while. Go-getters throughout history have been pro-catnap. For instance, Napoleon, though he would skimp on nighttime slumber, would snooze without shame during the day. He would even catch a couple z's on his horse while leading his troops! Einstein would nap with a pen and paper at his side because he'd often wake up with fresh new ideas.

So, after all this, we wouldn't blame you for asking, "What does all this have to do with shark kigurumis?" Well, sharks are at the top of the deep-sea food chain. Want to know their secret? That's right, they're great cat nappers! When you're rocking this cozy fleece shark kigurumi, you'll enjoy a perfect balance of fervency towards life and a pride over your napping skills all at once. The soft, oversized jumpsuit buttons up the front and has pockets. The jumpsuit has a white belly and a navy fabric with a tail, backfin, and a shark face with a red toothy mouth around the face. The sleeves are extra cozy with mittens that fold over the hands. Nothing like shark pajamas to ramp up your nap game!