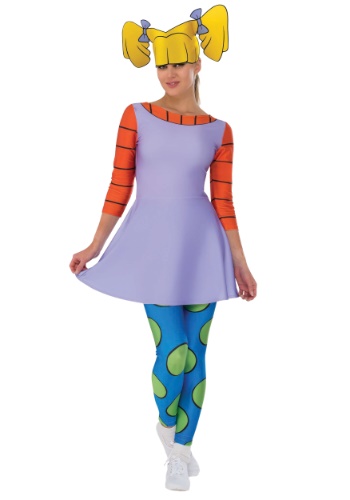 For a three-year-old, Angelica is a real smarty pants. She has everything she needs to make herself into a tyrannical ruler of anyone one-year-old and younger. Just think about her sassy scenes. For instance, when she was potty trained, she lorded over those diapered nobody's in the royal way that only a princess like herself could!

Honestly, we think Angelica makes a pretty charming villain. We guess it's mostly because of her ridiculously confident attitude. She's well aware that she's the prettiest, smartest, bestest girl. Yes, bestest isn't a word but it makes sense when you're referring to this little diva. She rocks the idea of being a working woman and revels in the dangerous game of love and she's still only three years old!

There are a few things that Angelica cares about: her doll Cynthia, chocolate, and making sure the babies do what she wants. And somehow, she always sidelines any form of punishment. That's probably because you just can't punish such a precocious little girl, at least we wouldn't be able to.

This costume will instantly transform you into this beloved nineties character. You can almost hear the distinctive Rugrats music as you rock these polka dot leggings and the cartoon lined yellow headpiece. The dress looks just like Angelica's dress so all you'll need to finish this adorable look is a Cynthia doll, you have one of those, right?