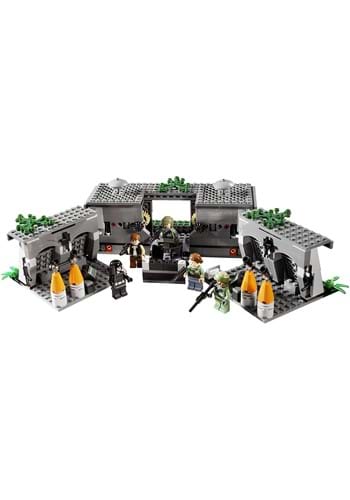 The Empire is more powerful than ever. It's building a brand-new Death Star with which to blow all of the Rebel planets to smithereens and to establish Emperor Palpitine's iron rule over the entire galaxy. Nothing stands in their way...except for a handful of determined fighters and a whole tribe of adorable, teddy bear lookalikes! This officially licensed LEGO Star Wars The Battle of Endor Building Set contains all the pieces you'll need to build a scene from Return of the Jedi. Like, Leia, Han, and other mini figures are included.