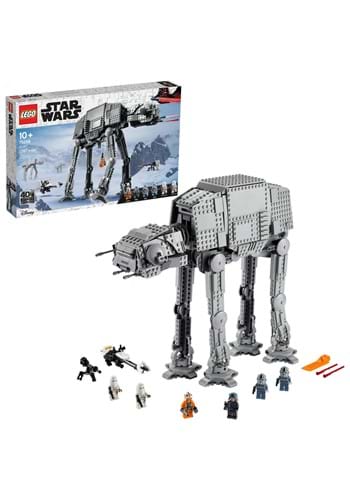 Watch Out for Tow Cables

It's the most devastating war machine that the Galactic Empire has ever created. It can cross through nearly every terrain. It can lay waste to enemy forces. It has the armor to survive heavy blaster fire. It can be manned with just a few men. Just make sure you don't let it get near any tow cables—that would be a blunder that could cost you a war!

Now, you can have your own version of the Star Wars vehicle when you get this LEGO Star Wars AT-AT Walker Building Set. It comes with everything you need to lay siege to the base on Hoth!

This LEGO set comes with a whopping 1267 pieces. That includes pieces to build 6 mini-figures, like Luke Skywalker, a pair of Snowtroopers, and other Imperial staff members. Of course, it also comes with the pieces to build a towering AT-AT Walker, the all-terrain vehicle known for causing mayhem during the big shootout on Hoth. The set also comes with pieces for small speeder and artillery weaponry. If you're planning on recreating scenes from Empire Strikes Back, then this officially licensed Star Wars set is definitely a must-have!