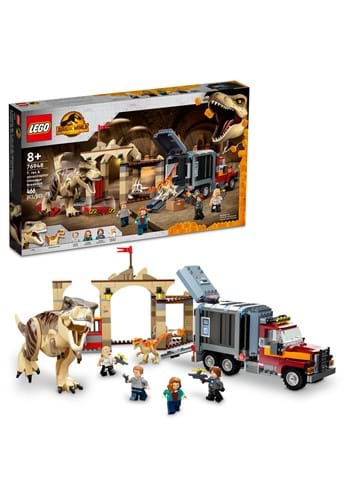 Dinos on the Loose!

Once upon a time, the gates failed at a dinosaur theme park and all the dinos ate people and caused pandemonium. Then they were stopped. Then the gates failed on a dinosaur theme park on an island, and you guessed it, people-eating and pandemonium. And then, dinosaurs got brought to the mainland where someone set them loose and now we're not honestly sure where they all are, but people are definitely getting eaten. Also, pandemonium. Get this officially licensed LEGO Jurassic World T. Rex & Atrociraptor Set to recreate the drama of giant carnivores chasing prey!