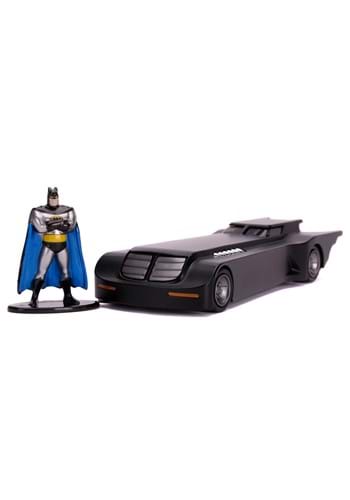 The Best About Batman

What's the best part about being Batman? Is it the fact that he stops villains? Is that he gets to hang out with the rest of the Justice League? Is it his cool gadgets? Nope. It's that he has the coolest car of any superhero out there, the Batmobile. In just about ever iteration, he gets to drive the Batmobile and this Batman Animated Series 1:32 Scare Batmobile Set, you get to have your own version of the best automobile in comics. The Batmoblie perfectly recreates the version from the animated series and the figure is made out of die-cast metal. They're the perfect duo for any collection!