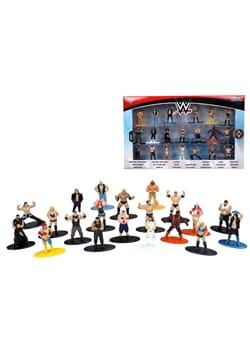 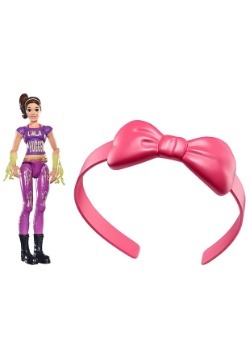 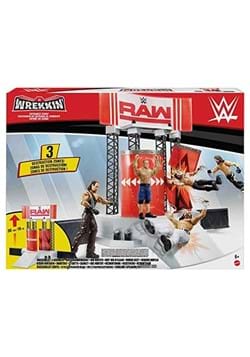 Are you ready to rumble? Take these WWE toys to the ring and see what they're made of! (Mostly plastic, but it's just a figure of speech.) We have the WWE Nano metal figurines pack, filled with 20 mini action figures including John Cena and the Undertaker. We have officially licensed WWE championship belts so you can walk around the house or the office like the champ you are. Each belt features an adjustable closure and golden faceplates. Finally, collect all of WWE divas by adding the Sasha Banks, Naomi and Bella sisters fashion dolls to your cart, then let the all-girl match begin!

We love the WWE. We love everything about it! We love the rivalries, like the one between Hulk Hogan and Macho Man Randy Savage. We love Dwayne “The Rock” Johnson and his unstoppable charisma. We love that the symbol of success in the WWE is how long you can hold on to a championship belt. We love the body-slams, the backbreakers, and all of the other spectacular wrestling moves. We love all of that so much that we decided to put together a great collection of WWE toys based on our favorite wrestlers and our favorite moments in WWE history.

First up, we have to talk about our incredible stock of WWE toy belts. We carry tons of different styles, including some high-quality replicas, along with a variety of child’s versions. We have an interactive model and we also even carry a tag team WWE championship belt for all of you fans of The New Day. We have a United States belt and we even have a women’s championship belt for female fans. They’re great for cosplay, or just for displaying around the house.

What if you’re not into belts? Well, we’ve got something for fans who want more enigmatic WWE wrestling toys. WWE puzzles! Yes, puzzles. Wrestling is not only a sport of peak physical condition. It’s also about outwitting your opponent and getting them to fall for an ingenious maneuver. (Anyone remember Stone Cold Steve Austin’s peace offering beer move?)

Of course, we also carry plenty of WWE action figures for those fans who just need a hands-on kind of toy! We carry die-cast collectible action figure, like our metal figure of The Rock. We also have a plethora of Divas action figures, including your favorites like Nikki Bella, Naomi, and Brie Bella. We also have the ultra-star herself, Sasha Banks. We also have a WWE Bayley plush that you can use while you practice your wrestling moves. And if you can’t choose which wrestler is your favorite, then be sure to get our Nano MetalFigs. It comes with 20 different wrestlers from the long history of WWE superstars. It even comes with a tiny version of Sting, the Undertaker, and Brock Lesnar.

Whether you’re looking for a great WWE toy for yourself or you need to get a wrestling toy as a gift, our selection of WWE merchandise is a great way for you to take the fandom outside of the ring!